Movie Review: ‘Searching’ weaves in the best of Hitchcock with scintillating writing 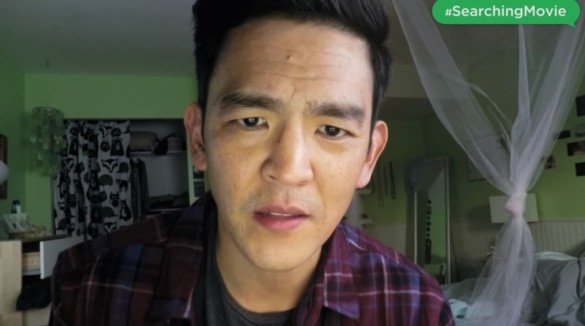 Synopsis: After his 16-year-old daughter goes missing, a desperate father breaks into her laptop to look for clues to find her.

Aneesh Chaganty’s Searching is a deftly constructed thriller which is cleverly written, contains strong performances, and contains a Hitchcockian twist which will blow your mind.

Now, this might seem like a bit of an oversell for a film released in late August but let’s examine the facts. First off, Searching is framed entirely on electronic screens (laptops, cell phones, and even security cameras). Now for some, this might seem like a bit of a gimmick, but in the context of this narrative, it’s certainly reflective of our society. What’s remarkable is how seamless it felt watching the story unfold through various devices. Chaganty indeed took a risk, and it resulted in one the more relatable thrillers in quite some time. What parent isn’t always telling their children to stay off their phone or tablet? We are continually monitoring whom our children chat with, but what happens when our worst fears come true?

The narrative centers around David Kim (John Cho) who is desperately searching for his daughter, Margot (Michelle La), who disappeared after a night of studying with friends. Using clues acquired by hacking into every social media account his daughter has, he tracks down false lead after false lead resulting in escalating frustration. Friends suggest that Kim should reach out to his daughter’s friends, but he doesn’t even know where to start. How can a father and daughter appear to be so close but no little about one another? Searching certainly makes a massive statement about social media. While Kim indeed uses social media to get the word out about his daughter, Chaganty’s film showcases the evils associated with the services. In the midst of his search, he encounters dead end after dead end (because people tend to hide who they are online).

What stood out to me most in Searching was the use of quick edits. Chaganty quickly cuts in out of various mediums allowing not a single moment in the film to feel wasteful and for the audience to not get sucked into the novelty of how the film is framed. The pacing of the film is fantastic allowing the tension to reach a fever pitch. Cho is outstanding as the father desperate for answers and the man who regrets not being involved with his daughter. Debra Messing plays Detective Vick (the officer assigned to their case) and delivers a nuanced performance as well. Cho and Messing are dynamite on screen. Each seems hell-bent on bringing a resolution to this case. Overall, the cast is strong, but Cho and Messing certainly stand out.

The lesson to be learned in Searching is no one should ever sacrifice good storytelling for the sake of a gimmick or a unique narrative device. Whether the film is framed on a computer screen or FaceTime, nothing should ever supersede the action. It was that commitment which allowed Searching to reach its full potential. Overall, I can’t imagine a more creative and pulse-pounding time at the movies than Searching.