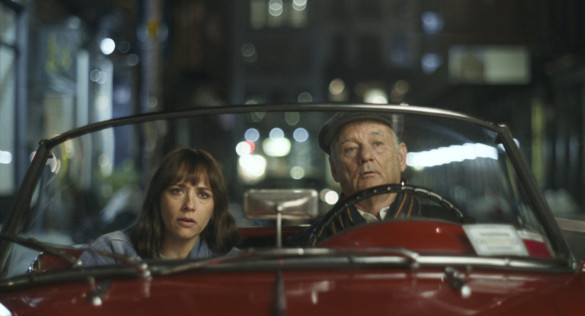 Synopsis: The story of a young mother who reconnects with her larger-than-life playboy father on an adventure through New York.

There are threads throughout Sophia Coppola’s On The Rocks that feels very familiar. Rashida Jones is a too-busy mom questioning whether her traveling husband (Marlon Wayans) is having an affair. And instead of charming his way through Japan with Scarlett Johansson a la Lost in Translation, On the Rocks finds Bill Murray wandering New York City with Jones by his side playing her eccentric but loving, and well-intentioned father determined to help her through this time of marital confusion. Jones’ character is a writer between novels; Murray is an art-dealer with an insatiable love for women and travel—it doesn’t feel like a stretch to think that the father-daughter dynamic at the center of On The Rocks was inspired by Coppola’s own with her legendary dad.

So yes, there are threads that seem familiar, but they weave together something that feels, in its best moments, like a magic trick. Bill Murray is brimming with effortless charm in what feels like something destined to become a quintessential performance in his already stacked filmography. In the hands of someone less capable, his character’s relentlessness would become overbearing, but Murray knows just when to pull back and thus pulls you even further into his orbit. Jones gives a career best performance in a role that is tailor-made for her—she is funny, sweet, and utterly relatable, with a charisma that complements Murray at every turn. Jones and Murray are perfectly matched. On The Rocks also serves as a beautiful ode to a pre-pandemic New York City—alive with character and culture, creating a visually-rich backdrop for Coppola’s direction.

The problem with On The Rocks is that it doesn’t quite know what to do when its central duo isn’t on screen together—in those moments, you feel their absence and a lack of electricity. Despite a crisp runtime of 98 minutes, the film feels much longer. The scenes that serve as the connective tissue between Jones and Murray’s New York outings do little to add character development and cause the film to lose momentum.

Ultimately, On The Rocks‘ is a deeply human study of love—whether parental or romantic— in relationships. And how much of ourselves we are willing to part with in exchange for the promise of companionship. Coppola’s screenplay does a fine job of wrestling with the questions of what happens to love after marriage. The exchanges are smart and thought-provoking, exploring what it means to parent and be parented. On The Rocks is the movie equivalent of a perfect fall treat, warm and comforting. And very much worthy of your time.