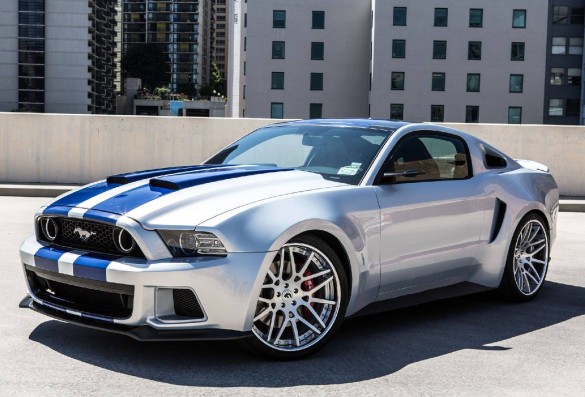 Synopsis: Fresh from prison, a street racer who was framed by a wealthy business associate joins a cross country race with revenge in mind. His ex-partner, learning of the plan, places a massive bounty on his head as the race begins.

INTRO
The year was 1994 and like most young boys I was excited for the release of Need for Speed. Need for Speed was a great game series and as it evolved it still dealt with the same premise that Speed was the key to success. Since Need for Speed, there has been other successful car games such as Gran Tourism. It’s not as easy as creating films about cars using fast and furious and Getaway as prime example of the good and the downright awful. As soon as I saw found out Need for Speed was being adapted to a feature film, I was ready to write this movie off.

DIRECTION
I first want to start off saying that this film owes me an apology. It promised to be something new and different, when it is as bad as the pairing of Hemsworth and Kristen Stewart. The first gear to NFS is an absolute disaster and takes way too long to try to establish a conflict. The dialogue is terrible at best and we are introduced to too many characters quickly where you become uninterested. Director Scott Waugh, gets very high praise for the practical effect stunts. Every car chase, crash, and race is performed with real stunt drivers without the use of CGI (Thank God). You mix that, with the some of the best looking cars in the world it will get you excited if you are a car fanatic, I would advise to bring a change of underwear. Too bad none of this matters when you get a headache from the lousy camera angles.

SCRIPT
Aarpn Paul stars as Tobey Marshall, an auto-mechanic, who has a knack for illegal street racing. Marshall races to pay off debts accumulated by his shop because nobody is a fan of Pimp My Ride. What’s a racing movie without two standout racers? Dominic Cooper, stars as Dino Brewster, a rich sociopath who must win at all costs. Despite his skills in the upgrade game, Dino decides to show up one day and offer Tobey a deal of lifetime. Tempers flare when Justin Beiber lookalike, Pete (Harrison Gilbertson), burst out that Marshall is the superior racer after Marshall test drove a Mustang they build as a demo. In typical Beiber fashion, he begs to join the race and from there you can imagine what happens. Ultimately, for me where the film fails is in the premise itself. How does traveling from New York to California to compete in an undisclosed race help avenge a death and your wrongful jail time? I understand it’s a movie but logically this just does not make any sense at all. By street racing again on parole it is obvious that you will go to jail again if caught. The plot is very predictable and of course in every racing scene with Tobey and Dino is done so that every other “racer” is a space filler.

PERFORMANCES
Most of the bad acting and dialogue came from a Justin Beiber look-a-like. Every scene that Pete was in was as dull as Stewart’s facial expressions. Imogen Poots, I do however owe an apology to. I criticized her performance in The Awkward Moment and in the beginning of this movie, it was very awkward to see her on screen. As the movie progressed, Poots proved to be more than a pretty face as she showed great comedic timing and made you believe in her role. Aaron Paul gives a decent enough performance to get you to root for him and he has great chemistry with Poots (sorry Zac Efron). Michael Keaton, played the role of Monarch with great ease as he never acted onscreen with anybody. Keaton was able to get the movie interesting with his witty and upbeat commentary.

SCORE
The beautiful thing about any racing film is that pretty much any type of music with a good beat will suffice so Nathan Furst had to find the right mixes and he accomplish that. The film features music by LInkin Park and Kid Cudi.

FINAL THOUGHTS
If Need for Speed’s intend was for it to be what Getaway was supposed to be, than it succeeded. If NFS was trying to be its own movie, then it failed miserably. If you are expecting this to be anything like Fast and The Furious, then sorry BOO-BOO.