Movie Review (TIFF 2021): ‘Montana Story’ captivates with its story of regret and forgiveness 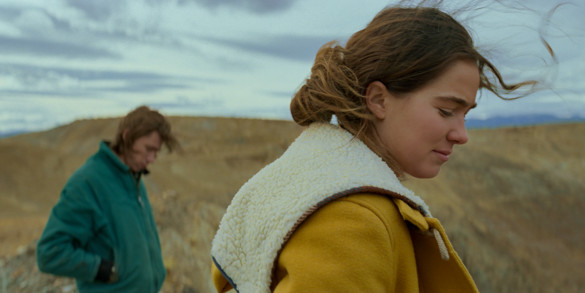 Synopsis: Two siblings returning to the family ranch to care for their ailing father must confront painful truths.

Scott McGehee and David Siegel took advantage of the forced isolation brought by COVID-19 to go to Montana and create one of the warmest films of the year, marked by its simplicity and heartfelt message. Montana Story presents the story of two siblings that come together after a tragedy separated them years before. While the reunion happens because of the approaching death of their father, the truth is that this unfortunate event is just the excuse for them to come together and face the real event that marked them somewhere in the past.

As presented by the directing / writing duo of McGehee and Siegel, Montana Story is a tale of love between brother and sister. This is the kind of love that we saw in French Exit (Azazel Jacobs, 2020), where mother and son, Frances (Michelle Pfeiffer) and Malcolm (Lucas Hedges), shared a bond so profound that it propelled the story. While in the 2020 film the relationship between these characters never faltered, in Montana Story the attachment between Erin (Haley Lu Richardson) and her little brother Cal (Owen Teague) has been fatally bruised by resentment and regret.

The movie starts with Cal coming back to his family ranch as his father is in his final days. As soon as he arrives, we can see how kind he is. He is soft-spoken, awkward as he tries to create a rapport with Ace (Gilbert Owuor), the Kenyan nurse tending to his father, and at ease with Valentina (Kimberly Guerrero), the long-time family employee. As it becomes clear that the father won’t wake up from his coma, Cal starts making arrangements for the fate of the ranch, the accumulated debts, and the few animals left.

Cal’s tenderness and softness contrast with Erin’s intensity and hyperactivity, who arrives unexpectedly. As we soon learn, Erin ran away one night seven years before, leaving no trace of her whereabouts and breaking the special bond that she shared with Cal. Quick conclusions are crumbled as the script explores the power dynamics between the two. She is decisive and curt; he is dutiful and gentle.

This reunion will work as a previously resisted exploration of the reasons for her disappearance as well as a long-needed process of healing. While she carries a heavy burden of resentment and hatred, Cal needs to deal with his own doses of regret.

Surrounded by the vast and impressive scenery of the North-western part of the United States, this Neo-Western embraces the exploration of childhood trauma, toxic masculinity, and family bonds. In this regard, Montana Story is a worthy companion to the tenderness of First Cow (Kelly Reichardt, 2020), the coming-of-age story of Lean on Pete (Andrew Haigh, 2017), and the resilience of The Rider (Chloé Zhao, 2017).

With a drama that is dependent of a story that doesn’t happen on screen, McGehee and Siegel find creative ways to bring the audience up to date with conversations between Cal and Ace. Cal, a sensitive young man that is aware of his past mistakes, is a transparent person that shares his private stories to bond with Ace. This recourse, unexpected but welcomed, offers a glimpse into the past of the family and Cal’s personality. Instead, Erin is guarded and annoyed at her brother’s openness.

Ace’s role is vital in the story as a window of healing, not for the father but for his children, with an empathetic and patient hand offered to both Cal and Erin. In this intimate film, every character has something valuable to give and to receive in return.

The heart and soul of the film are the young stars, Haley Lu Richardson, and Owen Teague. Richardson, who has created an exciting career with films such as Unpregnant (Rachel Lee Goldenberg, 2020), Support the Girls (Andrew Bujalski, 2018), and The Edge of Seventeen (Kelly Fremon Craig, 2016), is a tour de force as Erin, bringing to life the intensity and sensibility that amazed everyone in Columbus (Kogonada, 2017). Her ability to offer heartfelt monologues and brusque answers create a troubled and deeply hurt character that is still sensible enough to embrace forgiveness and compassion (with those who are worthy of it).

Considering that Richardson is now a veteran in the indie scene, Teague is the real revelation. Sweet, quiet, and noble, his character has bottled up regret and sadness in a way that make him sensible and empathetic, and not toxic or violent (as his father was). He is instantly liked, the opposite of what happens with Erin. These first impressions are vital for the evolution of the film, with McGehee and Siegel surprising the audience with profound and unexpected character evolutions.

Montana Story is a delicate story about the family bonds that are lost by betrayals, but that, somehow, are still strong even after years of silent resentments. In a matter of days, Erin and Cal go through a transformation when forced to confront their past and the repercussions of their actions. While there are intense feelings bottled up in both characters, Richardson and Teague present cathartic interpretations where the path to healing is finally discerned.