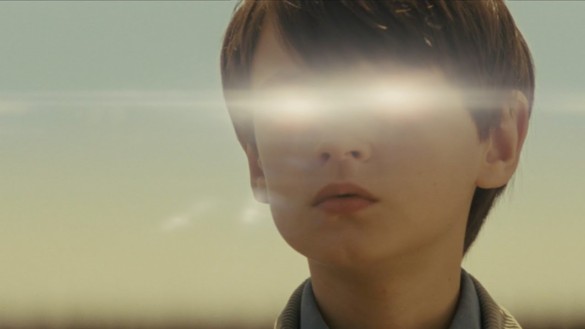 Synopsis: A father and son go on the run, pursued by the government and a cult drawn to the child’s special powers.

Jeff Nichols has earned his reputation over the years with gems such as Shotgun Stories, Mud and Take Shelter, a film that features a master-class in directing. Midnight Special continues that trend and makes Nichols 4-for-4 as a director, in my book. Nichols’ direction in Midnight Special depicts an unrelenting grasp of the material that becomes evident as the film evolves. The opening scene immediately sets the tone with gripping tension and supplant’s the film’s mystery that lingers throughout. The lack of exposition may throw some audiences off and the mystery may endure longer than some may want but Nichols handles the mystery with a lot of care and purpose. It’s never overly cryptic nor is Nichols trying to trick anyone but rather he offers an intriguing hook and invites the viewer to be an observer and ascribe meaning on your own as the the story unfolds. The narrative develops in a well-timed manner that methodically answers the questions that do arise, however Nichols’ certainly wants the audience to fill in some of the gaps on their own. He gives you just enough plot while letting the characters, the emotion of the film and the themes tell most of the story. And as a result, the final product is quite riveting and dramatic with an underlying pathos that is quite resonate.

The film opens with Roy (Michael Shannon) and his son Alton (Jaeden Lieberher) on the run with their friend Lucas (Joel Edgerton). They are trying to escape from the government and a religious cult known as “The Ranch”, who want Alton for his special powers. While it’s not fully explained, Alton has the ability to see and do things that no one else can. When his powers are in effect, Alton’s eyes will glow a bright blue color and everything around him shivers like a small earthquake. This, of course, brings curiosity and fear to several entities that want to control Alton, thus putting the protagonists on the run. Eventually the three meet-up with Roy’s wife, Sarah (Kirsten Dunst), and from there they must go to a specific point on the map that Alton has pointed out. Again, these reasons are ambiguous but the film does reveal what happens to Alton in the end.

Speaking of the ending, it is something to behold. There have been a lot of comparisons to Close Encounters of the Third Kind and Starman, and for good reason as the third act certainly treads Close Encounters-like territory. And while it has stirred up some debate regarding it’s efficiency, I believe Midnight Special ends in a very mysterious but beautiful and spiritual way that felt transcendent and magical. It perfectly wraps up the films themes of love, parenting and sacrifice that cloak this film, making Midnight Special one of the most thought-provoking and profound experiences of the last couple years.

Roy doesn’t 100% understand what’s going on but one thing is clear; he loves his boy and he believes in him. At one point, Roy even voices the notion that he doesn’t believe in anything, “except my son and I’ll do anything for him.” The faith and love Roy has for Alton is strong but it’s the sacrifices he chooses to make that say the most about him. It also says something about how as parent, sometimes we have to learn to let go of our children so they can go on to do great things, grow into their own and live the life they deserve. And you must make sacrifices for that to happen, something Roy does in significant ways in the film’s climax. We see that the team has created a diversion so that Alton can get to where he needs to be, causing an intimate moment between Roy and Alton. As this happens, Nichols provides a close-up of the Roy character that is beautifully devastating. Moments later we see a similar close up on the Sarah character and it’s equally as poignant.

While the ending may get a bit bizarre, it’s transcendent nature immaculately depicts the always evolving dynamics of familial relationships and identity, especially as it relates to letting go of expectation and letting your child become who they are meant to be. It’s not by accident that these powerful notions resonate so loudly. Nichols creates an intimate and spiritual ambiance that wonderfully mirrors Take Shelter, but instead of focusing on a father driven by fear (as we see in Take Shelter), in Midnight Special we see a father driven by love for his son. The film’s entire thesis can be heard in one line from the Roy character when responding to his son, “I’ll always worry about you Alton, that’s the deal.” It’s the perfect summation of a father motivated by love and is willing to do anything for him. It’s incredibly affecting and perfectly highlights Midnight Special‘s intimate ambiance that is felt throughout the film.

The emotion also doesn’t work without the performances on display either. Shannon gives one of the best performances of his career here, using subtle acting to once again bring a visceral impact to the film. His mannerism’s, facial expressions and the actions he takes provides everything you need to know about Roy. It’s a huge credit to Shannon, his subtletly and how he has a lot to say within that subtetly. He’s perfect. Kirsten Dunst is also spectacular, providing a motherly love that adds to the incredible atmosphere that Nichols provides. Again, those close-ups on those two near the end will resonate with me for a long time. Joel Edgerton is pivotal to the film as well, with a big moment near the 2/3rds mark of the movie. Adam Driver gives a uniquely different performance than what we’re used to from him and Jaeden Lieberher gives a solid child performance that may be the unsung hero in some ways.

There are just a few cinematic experiences each year that will take your breath away. Last year, Mad Max: Fury Road was a great example and this year it will be Midnight Special for me. In fact, cinematic is a great word to describe this film that wonderfully coincides with the film’s awe and wonder we see on display near the end of the film. The way Nichols centers everything around Alton while somehow bringing several threads together only amplifies the film’s thrill and tension while simultaneously bridging the emotional undercurrent. It’s simply masterful writing and directing, along with fantastic performances that will go down as some of the year’s best. David Wingo’s score is also beautiful and aesthetically engaging.

Some of you may have problems with the film’s ending or the way Nichols relies on ambiguity, but for me, the fatherly love that Roy depicts is exactly who I strive to be in life. And that ambiguity, along with ending, elevated my cathartic experience as it relates to love, belief and sacrifice. I couldn’t recommend this enough.