Movie Review: Everybody Wants Some!! and you should want some too 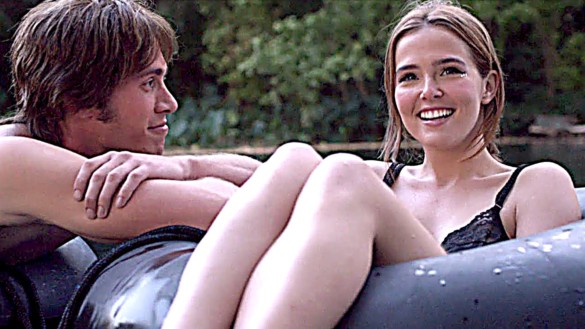 Synopsis: A group of college baseball players navigate their way through the freedoms and responsibilities of unsupervised adulthood.

Everybody Wants Some!! opens with Jake (Blake Jenner) driving to school, listening to My Sharona on the radio and preparing for his new adventure in college. Once he arrives at the baseball house just off campus, where he will live during his tenure at school, he meets the rest of the baseball team. Over the course of the next three days, we see the team making everything into a competition, taking every opportunity to prank each other and partying at night in different night clubs. In the middle of all of that, Jake also meets a girl named Beverly, which takes him into a new direction that offers it’s own opportunities.

However, this film may not be for everyone. It’s very much a look into masculinity within organized athletics and depending on your own personal experience, that may or may not resonate with you. That said, Linklater organically lays out the dynamics of a college sports team, especially in terms of competitiveness and male bonding, that is really fun to watch while giving insight into what “team comradery” really means. Throughout the film, we see three nights of partying but also three nights of seeing how male bonding and competition breeds comradery among a group of guys who set out to obtain the same goal. There are many moments in the film where Linklater shows us how trivial activities lends itself to competition, such as flicking each others knuckles, ping pong and even smoking pot. Those activities may seem silly on the surface but they do create a bond amongst these guys that translates to their team on the field as well as life off of it. Linklater is fully aware that this kind of cohesiveness creates unity and the way he captures this team dynamic is not only authentic (because of course it is) but it’s hysterical too as well as a touch thought provoking as it speaks to how masculinity works in our culture today. We may not have experienced it ourselves but viscerally the film does feel like the American college athletic experience.

Linklater’s direction is immersive but the performances are just as enticing. Jenner isn’t quite Ethan Hawke but he does give a serviceable performance that is engaging to watch. His success is crucial given that he is the crux for the audience experience and Jenner does make you do root for Jake and want to see where his journey ends. And while he’s the main focus of the film, each member of the baseball team has their own personalities that do distinct themselves from one another. Each actor brings exactly what they need to make this ensemble feel like an actual team, which amplifies that Linklater authenticity as well as the film’s main themes.

Linklater just has a way of inviting you into a world, even if it’s outside your wheelhouse, that is utterly impressive. The conversations, the characters, the setting, it all works in making for the most engrossing experience possible. Everybody Wants Some!! may not be the most profound Linklater film but it does have something to offer that speaks our sports culture and masculinity, which is the same today as it was in the 1980’s. And it’s a lot of fun. There wasn’t a moment between the club hopping, the pranks, the competitions or the actual baseball that didn’t put a smile on my face.