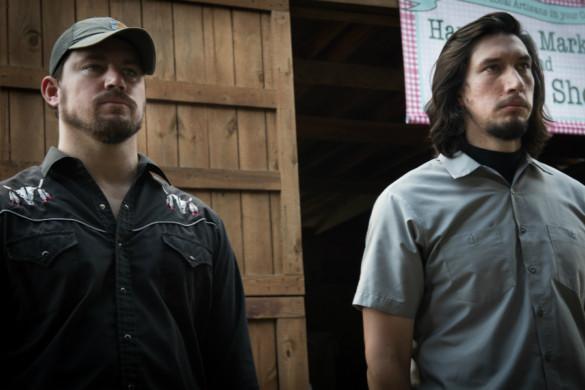 Synopsis: Two brothers attempt to pull off a heist during a NASCAR race in North Carolina.

Logan Lucky is a blast from start to finish. With the return of Soderbergh to his Ocean’s Eleven roots in the resurfacing of his career, this all feels destined to happen. Tatum, Driver, and most importantly Daniel Craig create a fresh aura of comedic elements amongst a genre that was in need of something more light-hearted. While Soderbergh indeed delivers in the tonal department, it’s only the icing on the cake for this film.

The movie transpires just as any heist film progressively would but the brilliance of the screenplay actually helps out the one hour and fifty-nine minute runtime it currently tops out at. This films writer is credited as Rebecca Blunt. However, many sources say that Blunt quite possibly may be an entirely fictitious person. Whether she or Soderbergh penned the script, it’s incredibly clever nonetheless. It consists to a certain degree of that dry/witty humor that some may not find that amusing (especially for a movie like this), but for certain parts it might borderline on light slapstick humor. Whichever it may be, it makes for uproarious moments of laughter from our main protagonists.

Channing Tatum and Adam Driver make the ideal duo of the stereotypical dim-witted, country brothers. They fit their characters to a tee but also, this can be said for the rest of the supporting cast. Daniel Craig, Riley Keough, Katie Holmes and a very brief role for Seth Macfarlane maneuver a very good comedic presence into the film’s central core no matter how much screen time is given to each of them. You won’t mind cutting away from one of the main characters or from one of the main problems currently on-screen because each character carries the same level of interest that you don’t mind exploring.

By no means, is Logan Lucky a perfect film. It’s a very entertaining, jocular outing from Steven Soderbergh but I’d be lying if I said it didn’t carry any flaws. As stated before, the supporting cast really benefits the film’s progression but Hilary Swank’s character feels shoehorned in. After the climax, the movie comes to a bit of a halt. It slows down in preparation of the denouement but in the remaining conclusion of the third act, Swank’s antagonist is introduced. I understand why Soderbergh features her character as it’s a lesson to show that no actions comes without consequences. But it ends up feeling a bit bloated and sloppy by the time the film ends. Her character could’ve been reduced to a few scenes or could’ve just been handled better and it wouldn’t have hurt the film at all.

All in all, Logan Lucky contains some of the best comedic performances and rising action/climax put to screen this year. While it does have its flaws, it’s definitely a more than fun experience at the movies that will please audience members around.

Hear our podcast review on Episode 235: