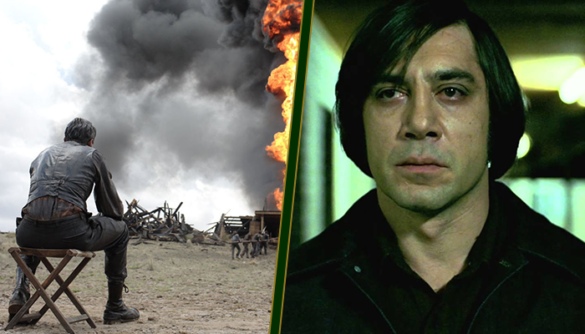 This weekend on Episode 236 we’ll be diving into our 2007 Retrospective, which features some of the best films we’ve seen this century. In particular, it was the year that sparked the rivalry between There Will Be Blood and No Country for Old Men, two major films from that year. For many people, it’s a coin flip or decided by nitpicking each film beyond what is necessary. And we can sympathize with that dilemma, both films truly are spectacular and easily some of the best work we’ve seen in the last ten years.

So, with that in mind, we decided to pin them up against one another for this poll. Of the two films, which one do you think defines 2007 the most? No Country for Old Men may have won the Oscar for Best Picture, but There Will Be Blood is universally as loved, arguably more so. Where do you sit? Vote now!