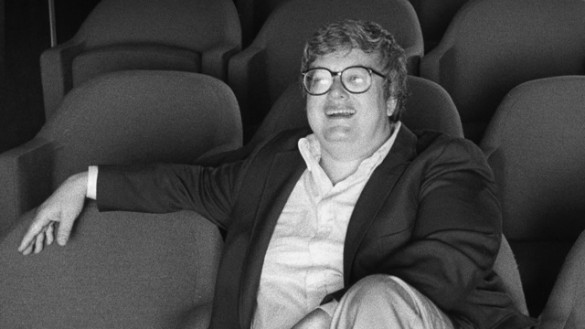 Synopsis: The life and career of the renowned film critic and social commentator, Roger Ebert.

Roger Ebert, what else can you say? Anyone who loves movies will at least know of his work, but us as critics have nothing but respect for the guy. Based on his own memoir, Ebert’s life wasn’t perfect, in fact it was far from that. And what makes Life Itself so extraordinary is that the film doesn’t make him out to be a saint or completely glorify him; it just tells the story of a man who lived the life he was proud of, battled his demons along the way, and in the process, changed the way average moviegoers viewed film as the art form it truly is.

From his time at the University of Illinois, serving as the campus newspaper’s chief editor, and his frequent trips to a downtown Chicago bar with this fellow writers and students, Ebert had a fascinating persona about him. He was cocky, demanding, a womanizer, and even a bit of an @$$hole, but his deeply philosophical mind was nothing short of admirable. And Steve James does a great job focusing on both the triumphs and the troubles in his early life, from joining the Chicago Sun Times where he would eventually become the film critic (the first film critic to ever go on to win a Pulitzer Prize by the way) to battling alcoholism and harming those around him. Ultimately, Roger Ebert was another human being, just like the rest of us, and that’s where the heart of this documentary lies.

This is what makes Life Itself such a moving experience, where we can see the life of a man so well respected among the film community, and learn how human he was. But even with all that aside, Roger Ebert also lived a fascinating life, making Life Itself an also incredibly entertaining documentary.

One of the film’s biggest focuses is Ebert’s relationship with Gene Siskel, whom we all should know as the film critic for the Chicago Tribune and Ebert’s cohost on At the Movies. It was so interesting to see the dynamic of their relationship, how they essentially started out as “enemies” and eventually growing a bond that felt more brotherly. And to even see the impact the show had on us as average moviegoers is also part of this film’s magic; Life Itself recognizes that film is indeed a beautiful art form, something both Ebert and Siskel believed in, and we as the audience come to see that influence even more clearly.

But what’s even more extraordinary is not that Ebert and Siskel influenced us as moviegoers, but the impact they had on filmmakers, especially Ebert and his relationship with them. Interviews with Martin Scorsese and Ramin Bahrani state how Ebert’s love for their films only forced them to better their craft. And in the case of Scorsese, hearing the kind words Ebert and Siskel always gave to him, helped him battle his cocaine addiction and continue his phenomenal directing career, eventually leading to his critically acclaimed film Raging Bull. It’s wonderful to see how a critic can have that influence on the filmmaker, while maintaining that positive relationship with them, something I feel has been lost in today’s age of “film criticism”. It’s also only fitting that Steve James directed Life Itself, whose previous credits include the Chicago basketball documentary Hoop Dreams, a film Roger Ebert even placed as his #1 favorite film of 1994. It’s clear Steve James is yet another filmmaker influenced by the great words of Roger Ebert.

But as extraordinary as this film is, it isn’t all happy-go-lucky, and when tragedy strikes it strikes hard. From dealing with the death of Gene Siskel, Ebert made it known he would never hide any form of struggle or disease like that from the people he loves, if it were to ever come to him. Of course, we know Ebert would come to live with cancer of the thyroid and salivary glands, and watching those scenes of him in the hospital, only months before his death, is truly difficult and heartbreaking. Those moments between Roger and his wife Chazz are absolutely stunning; the love and support she continues to smother him with truly is beautiful, and I’m glad Steve James chose not to shy away from these difficult scenes, truly earning Life Itself its R rating.

Look it’s really no question that Life Itself is a great movie; even setting aside personal biasedness as a film lover, we can respect this documentary as something more than just about movies, as it’s also about living a life you’re proud of, accomplishing what you want in life, the love and support of your family and friends, and choosing to be open and honest with them. As a documentary, I really can’t review this like a typical film, but I will say Steve James focuses on all the details just perfectly and in the right amount of time; we learn many new things about Roger Ebert we didn’t know before, and we become fascinated by it all, and that’s exactly what you want out of any documentary, which is to be informed and moved, not to only hear the things we already know. James establishes the right pathos. If I had any criticism, it would’ve been nice to see some words from Richard Roeper, whom we know took over after Gene Siskel’s tragic passing, but maybe there’s a reason for his absence than we are aware.