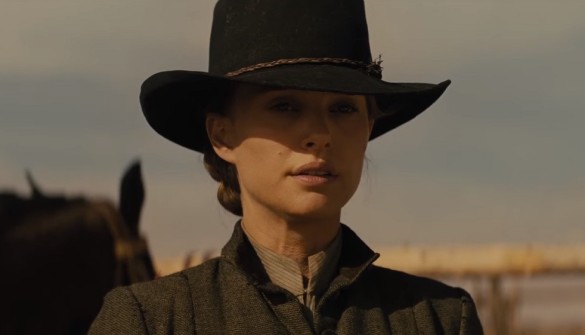 Synopsis: A woman asks her ex-lover for help in order to save her outlaw husband from a gang out to kill him.

Stories about film production hell are very intriguing, and often times even hilarious. Here’s a good one for you all.

Based on an original script by Brian Duffield (a script that was originally on Hollywood’s “blacklist” of the best screenplays yet to be made), Jane Got a Gun was initially to be directed by Lynne Ramsey, her follow-up to We Need to Talk About Kevin. After a multitude of casting changes (from Michael Fassbender to Jude Law), Ramsey just never showed up on set the day Jane was to begin shooting, which began a string of legal and contractual battles. She was then replaced by the great Gavin O’Conner, of Warrior fame, who was given very little time to formulate a plan or vision for the film. After completion, the film then went through distribution purgatory as Relativity Media filed for bankruptcy, thus leaving it to the Weinstein’s to claim the film’s distribution rights, and finally putting it out there for the public on a whopping 500+ screens in theaters across the States…in the middle of January.

When a movie goes through production hell like this it’s hard for any director, no matter how talented he/she may be, to beat the odds against themselves. Some movies do overcome from the pressure, and even at times benefit from all the troubles on set (Apocalypse Now and Jaws), while others fail miserably, and expectedly so (Fant4stic). Jane Got a Gun is no failure, and it certainly has its merits, but it is by no means a success either.

The start of the film’s problems is a tremendous irony; for a script that was part of Hollywood’s “blacklist” initially, the film’s biggest problem is indeed its writing. As filming commenced, both Joel Edgerton and Anthony Tambakis (the later of whom also collaborated with O’Conner on Warrior) had also put their hands on the script as well, resulting in a film that suffers immensely from a jarring, inconsistent, and ultimately dull narrative. Jane Got a Gun ultimately lacks any true dramatic weight, and its flashback structure never properly enhances the present-time story as it should; this is a film that probably could have used even more of a conventional narrative (perhaps a chronological telling) to support any sort of drama where it should have been earned. Instead, moments of catharsis feel both puzzling and out of place.

But where this film does succeed is in its direction. Gavin O’Conner is a proven filmmaker, and we can certainly grant him some benefit of the doubt in needing to craft a vision in too short of a timespan, but he is at least able to give us a film that embraces its somber nature, retains its thematic undercurrents, and even delivers some moments of genuine tension. Thematically the film is trying to say a lot about familial love, and even the man’s role as a “protector” in relationships, ultimately leading to an embrace of womanhood; some of this does get lost in its narrative shuffle, but O’Conner retains enough of it to give credit where credit is due. And the film is still quite exquisitely shot and scored, and chooses to honor its more melancholic tone rather than fire at the screen like the film’s title might suggest (do not take this film’s IMDb page literally, it is not an Action film).
It’s also worth pointing out the film’s performances, as they are indeed a mixed bag. The actors themselves are fairly strong, with Joel Edgerton being the clear standout; his character of Jane’s past gunslinging lover Dan Frost is the only character who remotely shows any sort of arc. Natalie Portman as the title character is good in her more subtle moments, but suffers greatly in her more cathartic and heavily demanding scenes, a flaw which could also be linked to the film’s script issues as already elaborated above. And Ewan McGregor does the best he can with a character who’s not even one-dimensional, he’s more like no-dimensional. With big names like this (I wonder if this was meant to be an Attack of the Clones reunion), it’s also easy to forget a name like Noah Emmerich as Jane’s current outlaw husband, who arguably gives one of the film’s better performances.

When a film does go through such chaos behind the scenes, it is sometimes easy to be a bit more lenient in reviewing it. The good qualities become more apparently, and it’s easy to give the film a stronger pat on the back when those seeds of a good idea are noticed. Jane Got a Gun is no exception; objectively speaking it’s not very good at all, but where it does succeed is deserving of extra praise, given how difficult it must have been to amplify those good seeds. Unfortunately, those seeds never blossom into something more, and Jane’s gun never fires on all cylinders it could have. As Aerosmith’s lyrics may suggest, the film is not quite bad enough to “run away, run away from the pain” (get it, Janie’s Got a Gun?). Sorry, had to do it.