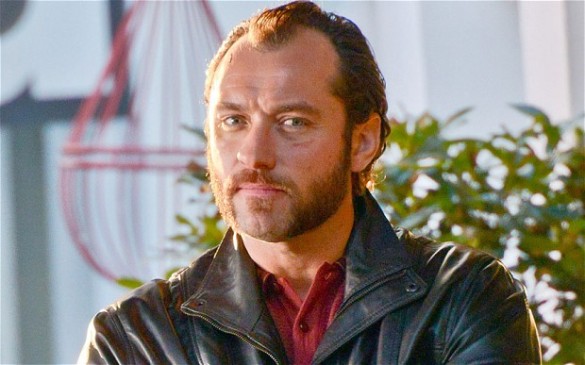 Synopsis: After spending 12 years in prison for keeping his mouth shut, notorious safe-cracker Dom Hemingway is back on the streets of London looking to collect what he’s owed.

DIRECTION
Richard Shepard has the director’s chair here and while he’s done mostly TV lately, Dom Hemingway is a step forward for Shepard. The tone of the film is set in stone from the opening frame as when we see Dom Hemingway receiving fellatio in prison, all while Dom is talking up his “God-like” male parts. Shepard’s camera work is solid and pretty creative at times, including one scene where our main characters find themselves in a car crash. The middle of the film seems to get away from Shepard ever so slightly, but he brings it back in a fantastic way, bringing some great depth that was needed. The music Shepard uses is perfect and is a big part of elevating many scenes. Overall, some pretty solid work here.

SCRIPT
Dom Hemingway (Jude Law) has spent the last 12 years in prison for not giving up his boss and for that reason, he was not given a break in the courts. During that time, his ex-wife died and he missed his daughter growing up. Dom is also a prideful man, very boisterous and conceited and is excellent at his craft. He very much reminded me of Tom Hardy’s Bronson. Once out of prison, we see Dom meet up with this good friend Dickie Black (Richard E. Grant), who set off to find their boss so Dom can get what is his for keeping his mouth shut. On the way, we see Dom’s personality come to life, which is hysterical on all levels. We see that he’s not a likable guy, yet his personality is just contagious. Once he meets up with his boss, there’s some small confrontation and things didn’t quite turn out like he wanted. However, it leads him to his daughter in London, which is where things get real interesting. The script turns suddenly from a comedic take on pride and self-glory to a more serious character piece that blended really well. We see that Dom is still struggling to deal with the death of his ex-wife, who is still his wife to him, and also dealing with the fact his daughter isn’t too fond of him. The turn is swift, but if you’re able to stay on board, those elements are strong and there’s more to Dom beneath all of those presumptuous layers.

PERFORMANCES
This is easily on of my favorite Jude Law performances. When I think of Law, this type of character isn’t the one that comes to mind, but Law disappears into Hemingway and it’s fabulous. He’s so over-the-top, hysterical and magnetic as this character. Dom isn’t a likable guy and does things that are abrasive, however, Law does an incredible job of keeping him human and you feel for him, especially in the third act. I don’t care what anyone says, this is one of his best’s performances. Richard E. Grant does a good job as Dickie and although he’s not in the film a ton, he’s a solid supporting character for Dom. Demian Bichir and Emilia Clark also have some good moments and serve their characters well.

SCORE
Rolfe Kent is getting on my radar in a big way as of late. His score here is subtle but in all the good ways. It rises up though when it needs too and the tones he chooses are really good. Along with a fine score, there are some soundtrack pieces that are fantastic and elevate several scenes. The music here will probably go unnoticed by the general public, but this is one of the best soundtracks of the year so far.