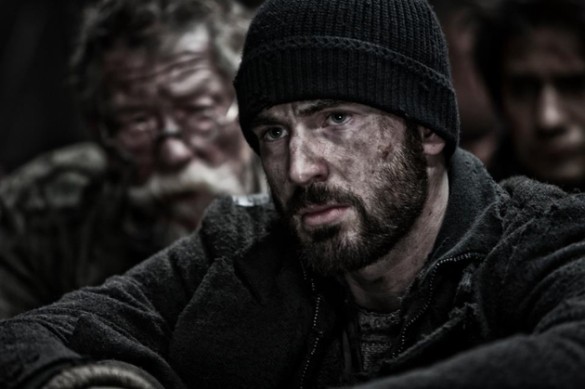 Synopsis: In a future where a failed global-warming experiment kills off most life on the planet, a class system evolves aboard the Snowpiercer, a train that travels around the globe via a perpetual-motion engine.

DIRECTION
Joon-ho Bong does a good job of throwing us into the dystopian environment where a train is the only resemblance of any life left on Earth. Bong introduces different aesthetics throughout the film which keeps things fresh and interesting. The back of the train features the slums, where every night is a fight for survival, while one car is a a gorgeous aquarium, one is a classroom for children, another a sushi bar and we even see one car as a nightclub. Bong creates a tone that is somber throughout most of the film, yet still a hopeful tease as you understand our characters’ motives. The action sequences are well shot and pretty engaging. I didn’t think much of the film to start, but was surprised by the end.

SCRIPT
Snowpiercer takes place in the future where a global warming experience goes wrong and creates the next ice age. Only one person, Wilford (Ed Harris) saw the events coming and engineered a train to withstand the cold temperatures and help sustain some sort of life. The story centers around Curtis (Chris Evans), who is poor and living in the last car of the train, where tyranny takes place and people are slaughtered for population control. Curtis then gathers a group and decides that revolution must take place and they must get to the front of the train to take control from Wilford. With support from many followers, they begin to make their way, fighting police offers and engaging in some well shot battles. While the story is formulaic in some ways, the story has more depth than you’d think. No one character is safe and the mold starts to break slowly as the film proceeds. There a twist in the third act that doesn’t quite pack the punch it was hoping for but it does add a genuine touch to the film that makes you feel for our characters. And as the film crystalizes, it’s not pretty but still offers a slight sliver of hope. Sure, the film is a “be warned, take care of the environment” story but it’s unique and does offer a little more in the third act that separates itself a little bit.

PERFORMANCES
Captain America does a good job and while this character is more subtle overall, Evans does bring some of that Steve Rogers spunk to the role. You believe him through the whole ride and has some nice character moments. John Hurt’s performance is really solid and is a crucial piece to the story, should you buy into the narrative pieces in the third act. Ed Harris’ role is short but very good as is the same with Tilda Swinton. Swinton is an abrasive women who has some compelling characteristics and in the end, well she learns she should of been more compassionate. Jamie Bell and Octavia Spencer are two smaller roles but both have some very heavy scenes that help elevate this movie as well.

SCORE
Marco Beltrami offers a score here that is serviceable but is mostly forgetabble. This is far from Beltrami’s best work and while it’s mostly average it’s never distracting or bad. It’s just there, which is kind of disappointing for Beltrami.

FINAL THOUGHTS
Snowpiercer is not a bad film by any means and while many elements have been played before, this is a unique take at the subject matter and you feel for the characters in this film. The different cars were intriguing and made you wonder what you would build if you engineered this train. Chris Evans steps away from the shield for this one and does a good job. The film takes some interesting turns and you’re never really quite sure where it’s going to go. And not to mention some pretty cool action sequences.