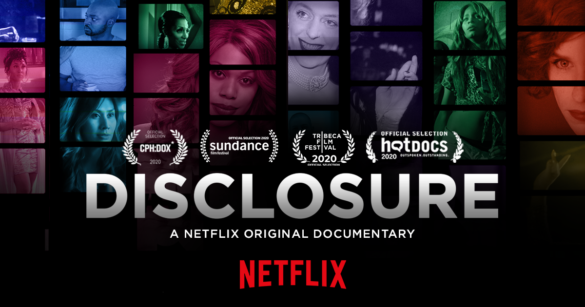 Synopsis: An in-depth look at Hollywood’s depiction of transgender people and the impact of those stories on transgender lives and American culture.

We ought to always be doing homework—the more privileged and less marginalized among us especially. But it’s not just straight white cisgender men. Staking claim to a letter of the LGBTQIA community does not excuse one’s ignorance when it comes to the unique struggles the rest of the alphabet face. Because in order to form that “more perfect union” that this American experiment supposedly never stops striving toward, we must firstly acknowledge and learn about the lived experiences of our fellow humans who also make up this beautiful tapestry of ours. It’s import to keep in mind, though, that it is not the duty of any member of a minority group to educate the unenlightened. Do your own research, folks; there are tons of books, articles, and films rife with information. And, thankfully, filmmaker Sam Feder, executive producer Laverne Cox, and the rest of their team have created a wonderful new resource for those seeking answers.

Netflix’s documentary Disclosure: Trans Lives on Screen covers the history and impact of transgender representation in media. Cinema has existed for more than a hundred years, and trans figures have been embodied on celluloid for nearly as long. So of course expecting a 100 minute documentary to be able to cover an entire century’s worth of material is unrealistic, however the film does an admirable job. Going all the way back to the silent film days, even directors like the notoriously racist D.W. Griffith included gender nonconforming characters in his work. Narratively, the documentary moves in chronological order from then to now, examining how trans issues have been featured and addressed in American motion pictures over the years.

Along with providing an academic context to the content, the contributors offer personal anecdotes, too. Stories about seeing trans depictions on screen and on television for the first time—the good and the problematic. The funny thing about under-representation, though, is that even when the portrayal in question is less than favorable, marginalized persons can still find themselves thankful for them despite the obvious shortcomings. Like the groundbreaking works of art mentioned, the trailblazers responsible for them are not impervious to censure. The funny thing about progress is that in order to move forward, what came before is sometimes rendered outdated. And holding debatable casting and production choices accountable is an important step in making progress.

It ought to go without saying, and yet it must be said. Representation matters. Until recently, trans characters were almost always played by cisgender actors with box office appeal, even if there were trans actors perfectly capable of playing the role. The documentary specifically addresses the casting of Chris Sarandon in the role of Leon, a character inspired by real life trans woman Elizabeth Eden, in Dog Day Afternoon. Little known fact, turns out there was a trans actress in Hollywood vying for the role back in the 1970s. But she was ultimately denied for looking too much like a woman. Looking too much like a woman. To put it another way: a masculine cisgender man was cast in the role of a feminine trans woman over a trans actress who too closely resembled the gender that she and character she’d be playing actually were. Go ahead and look up Elizabeth Eden and ask yourself if looking like a woman would’ve been a bad thing. Instead, Chris Sarandon played the part and ended up receiving an Oscar nomination. In the years since, several more actors have been recognized by the Academy for playing trans characters, and Jen Richards has a theory that both interesting and troubling about the harm that comes with continually casting cisgender actors in trans roles beyond simply taking away work from marginalized artists. She suggests that recognizable cisgender actors in trans roles is related to a lot of the prejudice and violence that trans people experience. I’ll let her speak for herself, but know that Richards’ pitch is compelling, and it would make for a great essay.

Despite the flaws that many of the films and TV shows discussed possess, the speakers reference how important it was to see themselves represented in media nevertheless, even if a better suited actor could’ve played the part instead. Or if the visibility happened to be in the form of a real life trans person guesting on a trashy daytime talk show with an insensitive host or audience. Not all representation is positive. But that’s why there needs to be more of it, period. Because then the problematic depictions wouldn’t feel quite so painful. And thanks to Disclosure: Trans Lives on Screen there’s going to be a whole new generation of trans persons watching this film and seeing the commentators as people they can relate to positively. Trans folks shouldn’t be this film’s sole audience, though. This documentary is essential viewing for trans allies as well.