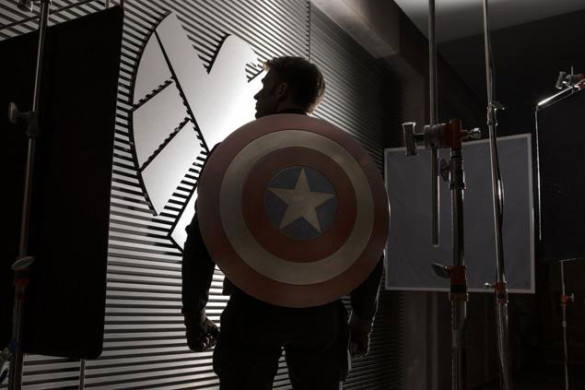 Synopsis: Steve Rogers struggles to embrace his role in the modern world and battles a new threat from old history: the Soviet agent known as the Winter Soldier.

DIRECTION
I’m not sure what qualified Anthony and Joe Russo to direct Captain America: The Winter Soldier, but what they did was nothing short of remarkable. The tone of the film was perfectly blended with intense dramatic elements yet lifted with perfectly timed humor. I mean, after all this is a Marvel film we’re talking about. The scale for this film is huge and it’s a gamechanger in the Marvel Cinematic Universe. The Russo’s created the perfect aesthetic for the Winter Soldier character that was just phenomenal, creating perhaps the most menacing character we’ve seen yet in a Marvel film and he hardly says two sentences in the film. Outside of the amazing action sequences, the characterization was well handled and we see new developments that was pretty shocking. The CGI was stellar again as you could imagine and the camera work was mostly solid, if you can get past some shaky cam at times. Overall, this is arguably the best Marvel movie yet.

SCRIPT
I don’t even know where to begin. Captain America: The Winter Soldier is full of twists and turns at every corner and has some major impacts that changes the game entirely for Marvel and it’s wonderful characters. The film picks up sometime after the events in New York as Steve Rogers is still adapting to the 21st Century lifestyle. Nick Fury introduces Rogers to some more Helicarriers that are being built by S.H.I.E.L.D. for “policing” purposes. Not long after that, we soon find Fury in some trouble and from there chaos breaks out. Hunting certain S.H.I.E.L.D. assets is the Winter Soldier, an assassin built by the Soviets and is considered a ghost by many. However, for those comic book fans out there, you’ll know who he is and the reveal of that is nothing short of fantastic. It’ll hit home for both fans of the comic and non-fans as well. Alongside Rogers, we are introduced to Falcon, a former military man who becomes Captain America’s wingman and sidekick throughout, which was a pretty compelling character. And what really makes this script so great is the not only are the main characters explored more thoroughly but there are many nods to past Marvel films here that are just a ton of fun. And they’re never distracting or out of place. However there are a few weaknesses. The main plot twists is a HUGE gamechanger and if you’re not on board, you’ll struggle with this film. And while the twist works for most characters, there are a few that felt forced and out of place. Robert Redford’s character lacked depth as well and when everything crystallizes at the end, it doesn’t quite hit as hard as it could. Overall though, this is still a great story, with amazing action scenes and it’s some of the most fun you’ll have all year at the movies.

PERFORMANCES
Chris Evans epitomizes Captain America so well that I don’t want to see him leave that character. Steve Rogers is a character that not only is struggling to keep up but is now the leader of a team responsible for keeping earth safe from enemies both in the cosmos and at home. Evans encompasses all of those characteristics amazingly well. He’s subtle when he needs to be but dangerous when you start to push him. His action sequences are amazing, along with Sebastian Stan, who played the Winter Soldier. Stan was menacing as this character, which is impressive given he has very little dialogue. The facial expressions and body language sell it, as well as the aesthetic of the character, which was perfect. Samuel L. Jackson as Nick Fury was at it again and brings it as you’d expect. Scarlett Johansson has more to do here than we’ve seen before and there’s some more insight into Black Widow, which I though Johansson embellished really well. Robert Redford was good but wasn’t great and even seemed a little lost at times. It’s hard to explain without spoilers but while it fits the bill, it’s not his best work. The rest of the supporting cast is great though and everyone does their job in that Marvel fashion we’ve come to expect.

SCORE
Henry Jackman has become a composer that I’ve really fallen in love with. His score for this film was solid and enhanced the action scenes incredibly well. He was also subtle in many parts and the score was almost more thriller-ish than action hero, which is was the tone I think the Russo’s was going for. Because of that however, the score isn’t as fun to listen to outside of the film, but within the context of the movie, it’s very, very good.

FINAL THOUGHTS
Captain America: The Winter Soldier is arguably the best Marvel film yet and it can only get bigger and better from here. The character of Winter Soldier is perhaps the best villain we’ve seen too, which was just riveting from the moment we see him. The film is not only great with the action set pieces, but with characterization and moving things forward in big ways. While those plot points won’t appeal to everyone, if you get on board, it’s going to be one heck of a ride. I was grinning ear to ear the whole time.

Another fun note; if you look closely at the end, there’s a small connection with Sam Jackson and Pulp Fiction, which was very cool.