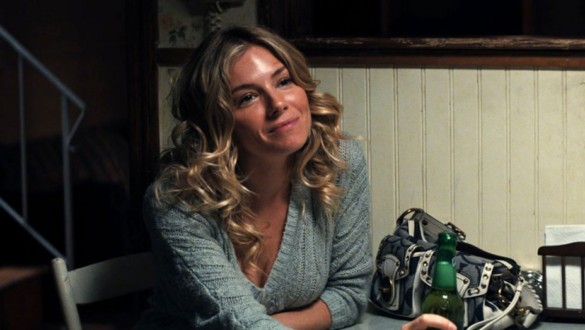 Synopsis: A woman raises her young grandson after her daughter goes missing.

“They are not gonna go back to the way they were, you make do with what’s left.”

Single mother Debra (Sienna Miller) says this to her daughter, Bridget (Sky Ferreira) early on in American Woman. It becomes a mantra for how Debra will persevere throughout the film. Soon after this moment, Bridget goes missing and Debra’s life is turned upside down.

At this point in the film, Bridget’s son, Jesse (played by both Aiden McGraw and Aiden Fiske) is just a baby. But as the film continues, we will watch him grow up into a teenager.

This film is like if the sole focus of Boyhood had been on Patricia Arquette’s character. Just as she was given a meaty role in that film, Sienna Miller is given a powerful role here and she more than rises to the occasion. I love watching an actor dive completely into a role, and Miller does that here. She is fantastic as Debra, and she carries the film.

As the title suggests, the film uses Debra’s character as a way to consider American family life. Debra is faced with just about every domestic situation you can think of, including violence, unfortunately. She always pushes through. She is an incredibly powerful and courageous person. She never admits defeat; she always gets back up.

Debra lives across from her sister, Katherine (Christina Hendricks, and Katherine’s husband, Terry (Will Sasso). This makes for some heated family situations at times, but you always know that their bond goes deeper than the fights that pop up.

It really is the acting that carries this film. Miller and Hendricks deserve top billing, and Aaron Paul is very good as Chris – a love interest of Debra’s who shows up later on in the film. But this is Miller’s story, and she dominates it. That is the film’s strength, and yet, I think it overplays its hand in that regard in one particular way.

As it turns out, no one is quite sure whether Bridget is dead or alive. Years pass, and the likelihood of her still being alive continues to dwindle. And yet, Debra keeps hope alive. For a while, the film does a good job of reminding us of the presence that Bridget still has in the story. But once Chris arrives, Bridget’s part of the story all but disappears. I felt this was a detriment to the story, as Debra surely has not forgotten about her lost daughter. This is the point at which the film attempts too much and suffers for it.

Having said that, this misstep does not wholly ruin the experience. This is a strong film. Again, that is mainly thanks to Miller’s performance which is an absolutely powerhouse. The film is worth watching for her alone, and the supporting performances only add to that.

My lasting impression of this film will be Debra driving off into a new future. She has been mistreated throughout the film, and life has dealt her the worst cards it has to play. And yet, there she is – still pushing forward. Her strength and will to be there for the people she loves – her grandson, Jesse, most of all – are so incredibly moving.

This performance from Miller is one that you do not want to miss.