Movie Review: ‘Ambulance’ is Bayhem, For Better or Worse 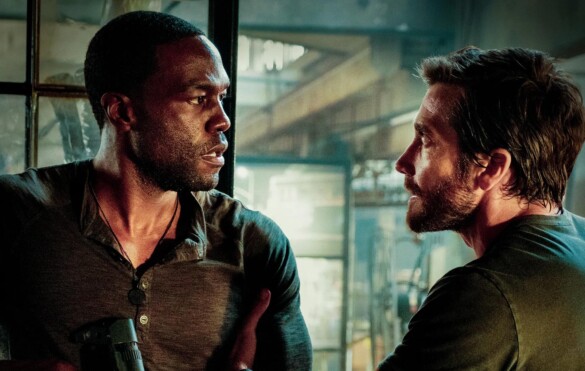 I’m not the biggest Michael Bay fan; in fact, I think that he’s been one of the worst mainstream directors of all time. The way he directs is too excessive, and his scripts are rude and crude for no particular reason (even in his more “family-friendly” blockbusters like Transformers, which are filled with questionable lines and scenes). However, one thing’s for sure, you always know when you’re watching a Michael Bay film; he has a “directorial style” and “technique” of some sort–also known as Bayhem. There is no subtlety in his repertoire; nevertheless, what he lacks in subtlety, he adds in foul-mouthed language, dicey jokes, and explosions of every kind and for no specific reason. As a result, it has been hard for me to enjoy one of his pictures for a long while; the last one I had “fun” with was The Rock (1996), with the engaging trio of Nicholas Cage, Sean Connery, and Ed Harris. His movies have ranged from bad to worse to significantly terrible ever since. After a quick three-year break, Bay returns with Ambulance, an action crime-thriller based on a 2005 Danish feature of the same name (yet tonally different since that one is zany and way shorter with a quick eighty-minute runtime).

Ambulance revolves around two brothers; one is a decorated veteran and a hardworking man, Will Sharp (Yahya Abdul-Mateen II), while the other has found criminal ways to make ends meet, Danny Sharp (Jake Gyllenhaal). Will needs 231,000 dollars to deal with his wife’s medical bills since the insurance doesn’t cover “experimental medicine”. So, he decides to turn to his adoptive brother for some money. Danny, unfortunately, doesn’t have that kind of money… yet. So, he approaches Will with an on-spot “now or never” proposition to pull a heist–stealing thirty-two million from a Los Angeles bank. At first, Will doesn’t want to do it because he wants to leave that life behind, but he’s desperate to do everything he can to help his family. However, the bank job doesn’t go their way from the start. The desperate thieves escape the scene by hijacking an ambulance carrying a heavily wounded cop, Officer Zach (Jackson White), and an EMT worker, Cam (Eiza González). As they’re caught in a high-speed chase for their lives, the two brothers must find a way to outrun the police while also keeping their hostages alive. The plot doesn’t sound that bad compared to his more recent projects. It appeared like it would be Bay’s most “tame” film, yet you already know he is back to his usual shenanigans fifteen minutes into the movie.

The film begins with a rapid introduction to Abdul-Mateen’s character, where it feels that Bay is rushing through those segments to get to the fun stuff. This bothered me a bit, but wasn’t surprising, knowing the director’s past works. It also doesn’t make sense that a leader of a well-plotted heist would hire another person the same day of the job. But, hey, I was going with it because they are likable screen presences, and their dynamic together is entertaining. Although they are engaging to see, they don’t have much development as brothers. As the chase keeps going, they bicker, and some conversations shine a small light on what happened to them both, but there’s no significant growth in their characters. In addition, there are some odd shots of their childhood being inserted during the film’s last action sequence. It was supposed to make us care more about their fate, but it seems silly. The performances overall are fine; Abdul-Mateen II and Eiza González are the ones that keep their cool under pressure performance-wise and don’t crack within the various crashes and explosions. Meanwhile, Gyllenhaal is one-note and escalates his character’s mania and craze to the point where it becomes a somewhat comedic performance (however, seeing him screaming “it’s cashmere” made me smirk a bit).

A nice action set-piece references Michael Mann’s classic shootout in Heat during the first act, although neither with the same cinematic heft nor the dexterity. In fact, most of Ambulance’s action set pieces have been seen before in Bay’s previous features or other classic action flicks. Unfortunately, the rest of the sequences are not as solid or engaging as the first one. Nonetheless, this film’s main problem is its runtime, excess, and editing. This narrative doesn’t have the longevity nor the need for it to run for almost 136-minutes. It seemed like it was adding more and more chase scenes for little reason instead of trimming the excess and making it a straightforward and palatable 90-minute action B-movie-esque feature. In addition, there’s an over-complication in its simple story (the grand conclusion doesn’t make much sense). It makes us assume that both Bay and screenwriter Chris Fedak were adding every single idea they had onto the screen (and only two or three of them worked). And speaking of ideas, there is the excessive use of drone shots that swoop through Los Angeles–it’s a gimmick that doesn’t work in the least. Nevertheless, I think Ambulance is Michael Bay’s least annoying feature in a long while. It isn’t good, but to be completely honest, I would prefer five of these rather than another live-action Spider-man flick.