Movie Review: ‘All is True’ stretches the truth to confront it 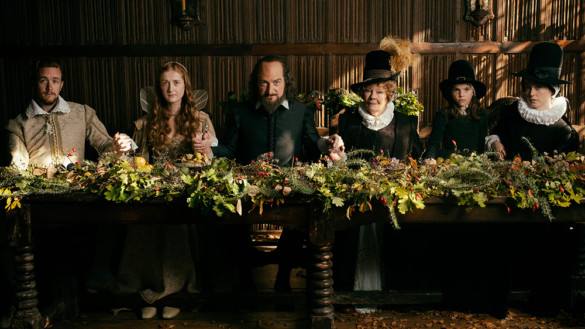 Kenneth Branagh’s film All is True attempts to uncover the final chapter of William Shakespeare’s life.  While working as a slow-burning reflection on Shakespeare’s life and a red-hot take on his familial situations, All is True deftly deals with the complex issues of fame, neglect, regret, and expectations.  Utilizing beautifully composed shots and intense portrayals, Branagh’s ode to Shakespeare may frustrate devotees of the bard, who may be looking for an accurate biopic.  However, less discerning viewers will find humanity and delicacy in a fact-bending story that permeates the screen like a richly conceived Baroque oil painting.

All is True picks up after Shakespeare’s (Kenneth Branagh) beloved Globe Theater is destroyed by fire.  Now in retirement, he travels home to Stratford to live out his final days with his wife Anne (Judi Dench) and his two daughters, Judith (Kathryn Wilder) and Susannah (Lydia Wilson).  Living without his work, Shakespeare begins to understand the damage he has wrought on his neglected family, especially the women in his life, and must face regrets surrounding the death of his son, Hamnet, who passed away over a decade ago.  While the story of Shakespeare’s life in All is True often feels similar to that of a soap opera, a slow bubbling of emotions begins at a simmer and soon reaches a rolling boil.  Long lost feelings and secrets burst through unexpectedly as Shakespeare grapples with the family he long abandoned in favor of fame and fortune.

As Shakespeare confronts the neglect and regret with regards to his family, a vibrant world comes into view.  Autumnal hues and a stoic camera fill the screen with both beauty and pain. The use of natural light often plunges characters in the dark, lit only by fire and candlelight.  One might be reminded of Georges de La Tour’s The Penitent Magdalen, a Baroque work which imbues secrets with a mere glow of a candle.  These contrasts between light and dark, hidden and seen, inhabit most scenes.  The effect is a filmic world filled with hidden truths just outside the aura of light.  Shakespeare is consistently confronted with province he feels he understands, yet secrets continue to be illuminated.  How he struggles with the truths as they appear is both cathartic and mournful, but there is a sense of entrapment, as he cannot escape to London to write his plays.

Moments of sheer virtuosity strike All is True at various moments.  These moments erupt on screen with all the subtleness of crackling fire on the hearth.  Sequences where Branagh utilizes a still camera and long takes, allow his actors to push in and out of light within the depths of the screen.  One such scene, when Shakespeare’s youngest daughter and twin to Hamnet, Judith, admits to a long-held secret, Dench, Wilder, and Branagh fill the screen with bitterness, hostility, and anguish.  Branagh moves about the pseudo-stage tumbling through every emotion, as his wife and youngest daughter remain still, as if judges handing down a sentence. However, the true wonder of the film comes when Shakespeare’s muse pays him a visit in Stratford.  Henry Wriothesley, the 3rd Earl of Southampton (a quite foppish Ian McKellen) and Shakespeare sit before a fire and contemplate Shakespeare’s legacy.  The two gifted actors take turns reciting Sonnet 29, each infusing the words with varying sentiments. The effect feels both cathartic and confusing for Shakespeare as he allows himself to contemplate his life’s work.  The result is a beautiful moment between two men whose expectations of each other have been subverted for years as the truth is finally exposed.

Of course, this is a theme in All is True: how to stop living in the shadows and allow the truth to be seen as the foundation of all humanity.  Shakespeare confronts these truths as a human being, as flawed as he seems. In this way, the myth of the man is stripped away and the hand behind the words is exposed.  The methods may seem a bit melodramatic and preachy at times, but the execution is absolutely beautiful. The world that Branagh creates envelops Shakespeare as Patrick Doyle’s melancholy score emphasizes the sadness and bitterness he encounters as he finds his truths.  All is True is not a perfect film, but the superb outweighs the soap.  Ironically, All is True pushes the boundaries of truth but at all times the film is true to itself, and that’s all one can ask in a world filled with so many truths to uncover.