Movie Review: A Walk Among the Tombstones 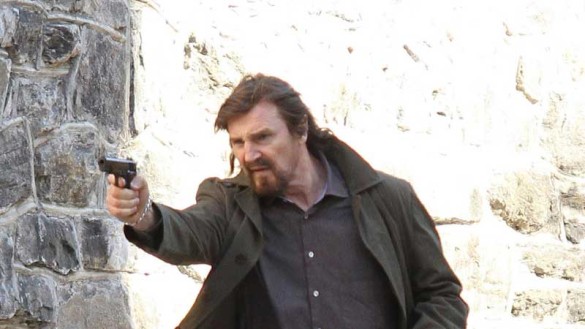 Synopsis: Private investigator Matthew Scudder is hired by a drug kingpin to find out who kidnapped and murdered his wife.

INTRO
I usually want actors/actresses to branch out and do different genres of film to enhance their resume. Liam Neeson is one of the few exceptions as he is a tremendous action star. A Walk Among the Tombstones has Neeson again yielding a gun and kicking ass. Taken is still my favorite Neeson film, and his latest venture is a slow-moving thriller that is relentlessly savage and sadistic towards woman.

SCRIPT/DIRECTION
A Walk Among the Tombstones is based on a novel by Lawrence Block of the same name. The film begins in a 1991 prologue we’re introduced to Detective Matt Scudder (Neeson). Scudder is a drunken cop who on this faithful day makes a huge mistake that we find out later caused him to quit the force, sober up and attend AA meetings. Come 1999, Scudder is now an unlicensed P.I. who is introduced to Brooklyn drug trafficker Kenny Kristo (Dan Stevens), who hires him to locate the two men who abducted his wife.

Scott Frank does a solid job with the script that makes sure that we cannot outguess or outpace the film. The film starts off really well as we just hear the voices of the ruthless killers and we travel with Neeson as he begins to crack the case. Along he meets a young Street Kid names TJ, a brilliant performance by Brian “Astro” Bradley. The way Neeson searches for clues is very slow-moving but I think that makes the buildup worth it. There is one great written scene with Scudder scoops out the local cemetery groundskeeper.

The script loses points with me in how every female character is either stalked, mutilated, raped or murdered. The brutal violence of the woman at the hands of the killers is never really explained neither is their motivation for such brutality.
The killers were handled very poorly, as we first see them as shadowy boogeymen, only to be formally introduced as an apparent gay couple reading the morning paper over breakfast (really?) The breakfast scene ruined what good this film had going for it as from here on out the film hinges solely on Neeson’s abilities.

The biggest letdown in this film is where we have a slow- motion shot of the killers stalking a 14 year old girl. I know Aaliyah said Age ain’t nothing but a number but damn a girl’s age needs to be greater than or equal to the age of 18.

PERFORMANCES
Brian Bradley surprised the hell out of it. Imagine you see a poodle about to be attacked by a pit-bull and the poodle takes down the pit, that surprised look on your face is how I was watching this kids performance. Bradley is not your typical movie kid, as he actually has some key moments in this film. Liam Neeson again proves why he is someone that you never want to have a phone conversation with because he will own you if you try to negotiate with him.

SCORE
Donovan’s Atlantis is the only song I recognize from the film, but as for Carlos Rafael Rivera score, it’s just the typical score you get for an action film like this.

FINAL THOUGHTS
A Walk Among the Tombstones is one of Neeson’s better works and I just wished the villains were written better as it overshadowed the brilliant acting by Neeson and Bradley.