Movie Review: This is Where I Leave You 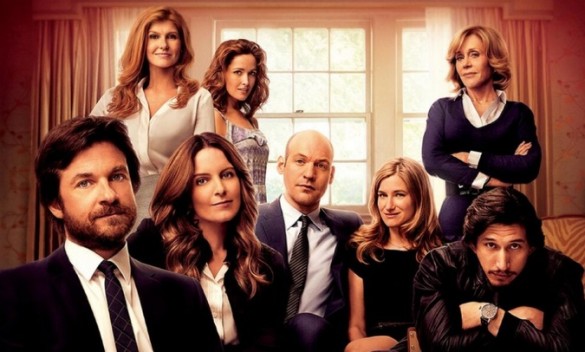 Synopsis: When their father passes away, four grown siblings are forced to return to their childhood home and live under the same roof together for a week, along with their over-sharing mother and an assortment of spouses, exes and might-have-beens.

INTRO
The ensemble dramedy is often like trying to find love on one of those sites like Plenty Of Fish. There is so many fish to choose from and it becomes challenging to weed out the genuine people from the self-observed. You spend countless hours reading over profiles making sure to avoid the Courtney’s and the Jennifers of the sea.

DIRECTION
Shawn Levy was giving a great script and cast and as a result he redeemed himself from that god awful Internship. Levy was able to keep the focus primarily on our antagonist Judd while relating his brothers and sisters issues into the story. I cannot stress enough how filling it was to actually watch good human interactions in a film. I am over all the explosives and special effects. Levy makes this film very relatable because it shows that not everyone is perfect and no matter what or where we are in our lives, family is always there for you.

SCRIPT
The script was written by Jonathan Tropper, who also wrote the novel of the same name. The story much like Judd is very simple. Four siblings (Bateman, Fey, Driver, and Stoll) reunite at their childhood home after their father dies. Hilary demands they all sit for Shiva for their dad father. Tropper is able to spilt the story amongst our parties equally enough so we as an audience know enough of the characters, so no empty space is wasted. The film overall is risqué movie that deals with very real adult topics such as marriage, jobs, children and of course family.

PERFORMANCES
The strength of this film is the acting and everyone involved gets an A for their performances. The performances by Jason Bateman, Adam Driver, Tina Fey, Jane Fonda and Rose Byrne are the most impressive to me. Bateman plays Judd Altman, a simple guy that does not do complicated. Judd is the quiet one that does not like to indulge about his personal matters. Bateman proves again that he can balance the serious with the comedy and after seeing his performance in this and Disconnect I am convinced that Bateman is a top-tier actor.

Adam Driver plays the youngest sibling, Phillip Altman. Phillip is the typical younger sibling that seems to be screwing up his life and his relationships. Driver is great in the role providing most of the laughs, which usually are reserved for Fey and Bateman. Tina Fey plays Wendy, the only female sibling. Wendy is stuck in an Apple type relationship (boring and loveless) and is struggling dealing with her feelings for an old beau. Fey as usual is great onscreen and I think this is her best role yet because we see her in a very serious role especially her characters interaction with Judd. Fey also has one of the best scenes in this film where she delivers a punch so bad that even Ray Rice and Chris Brown would run.

Rose Byrne has a very limited role as Penny. Despite the limited screen time Bryne like always shines in every moment she is on film. Since her character does not do small talk I will stop her. Finally the queen of the show is Jane Fonda. Fonda plays Hilary, an author that is not afraid to let it all hang out (literally). Hilary is a very fun character and it’s very clear that Fonda enjoyed the role very much.

SCORE
When you can successfully make Time After Time by Cyndi Lauper a song that gets you laid than how can I argue against that one.

FINAL THOUGHTS
Just because I gave this film a high rating, doesn’t mean it’s something you have to see in the theatres. If you are a fan of cinema than you will probably enjoy spending the cash for this. It’s a well done movie but it is not something I would pay for, especially with Tusk and A Walk among the Tombstones playing.