Movie Poll: Who wins in a fight – RoboCop vs Terminator 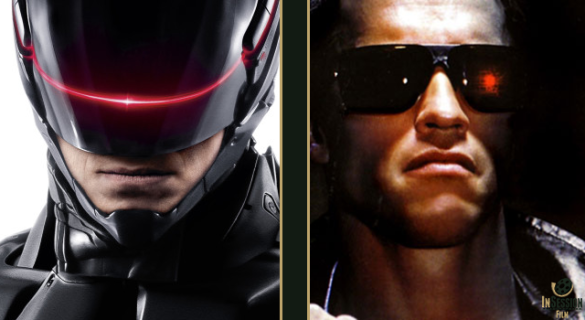 This weekend on the InSession Film Podcast, we will be reviewing and discussing the latest Hollywood reboot, RoboCop. RoboCop is one of those movies and characters from the 80’s that most people loved and was a great original sci-fi film for it’s day. And we certainly aren’t the first to ask this question either, but for the sake of our conversation, it’s still something that we wanted to ask.

But if RoboCop was to get into a fight with the Terminator, who would you put your money on? Both are robots with humanistic type features that kick ass and take names. I think it would be a really fun fight to see honestly.

Well who would you pick? Vote now in the poll below and leave any other comments in the comment section below!