Movie Poll: Which Biblical epic will be better in 2014? 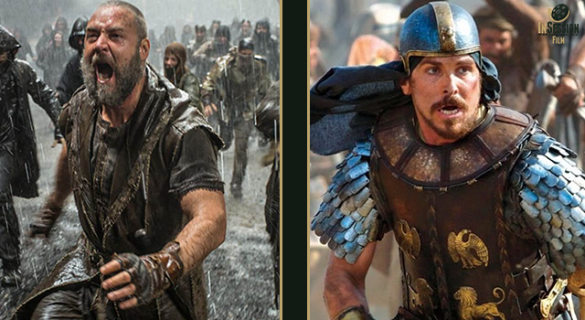 Coming out this weekend will be Darren Aronofsky’s Noah, which has already stirred up all kinds of controversy, but should be interesting nonetheless. Regardless of where Aronofsky takes his version of Noah, you can almost bet his creative freedom will be something to behold. The trailers have looked amazing and though the story may have not be word for word from the Bible, it looks like a ton of fun. On the flipside, coming out later this year is Ridley Scott’s huge Biblical epic, Exodus, starring Aaron Paul, Christian Bale and Joel Edgerton. Ridley Scott is no stranger to big movies, in fact, if you didn’t know that Aronofsky directed Noah, you’d think it was a Scott film. Exodus also has a huge cast which looks to be a huge treat, especially given some of the set photos out there.

That being said, both films should have many things to look forward to, despite your religious views. So, for this week’s movie poll, we want to know which Biblical epic you think will be better in 2014? Vote below and leave a comment in the comment section below to tell us why you picked what you did. Thanks for voting!

This weekend on Episode 389, as we dive into another Patreon suggestion, we’ll be talking about Michael Mann’s... Read More »

This week’s poll is a unique one (credit Brendan Cassidy). If you heard Episode 387, we teased that... Read More »

This weekend is going to be an exciting one for us. Long time listener’s of the show will... Read More »