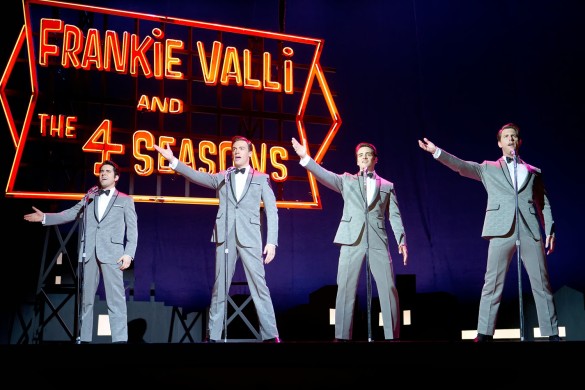 This weekend on the podcast, we will be discussing Clint Eastwood’s new film, Jersey Boys, based off of the Broadway musical. Regardless of whether you’ve seen the Broadway play, Eastwood has garnered some major respect over the years and perhaps that plays into your expectations of the movie. Maybe you just like musicals in general and that’s the reason you’re interested. Either way, we’d like to get your input on what you think Jersey Boys and what it will be.

So finish this sentence: Clint Eastwood’s Jersey Boys will be…(vote below!)