Movie Poll: Does accuracy of “true story” movies affect your perception of them? 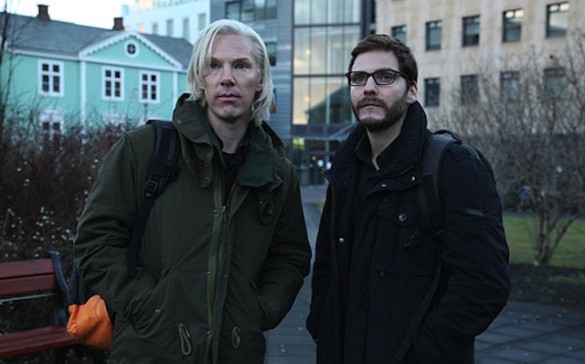 This week on the InSession Film Movie Poll, we want to know what you think about movies that are “based on true stories.” A recent article was published, that intelligently discussed fact-checking and how sometimes critics will base their reviews on the accuracy of movies that are about true stories. It was an interesting piece and a topic we’ll discuss on our podcast this weekend (10/20). One big example this week, is the new movie The Fifth Estate starring Benedict Cumberbatch and my new guy, Daniel Bruhl. I’m sure by now you know that Julian Assange, the character Cumberbatch is playing, has issues with the films accuracy and portrayal of Wikileaks. And if you didn’t know, Cumberbatch has responded to those remarks and it’s pretty intersting.

Anyway, there’s been many other films that have come to the same scrutiny. So we wanted to toss out the question to you guys. Does the accuracy of a movie, that is based on real-life events, affect the way you see a movie? Or does it not matter at all. Personally, I think it may depend on the subject but if the movie is made well, like Captain Phillips, it’s okay if it’s not 100% accurate. I mean, it’s the job of the director to make the movie good right? Well for the sake of the story, sometimes directors and writers need to take some liberties for the movie. But at the same time, maybe a good story can be by itself?

Well whatever your thoughts, let us know in the comments below and be sure to cast your vote!