Podcast: Under the Silver Lake / The Man Who Killed Don Quixote – Extra Film 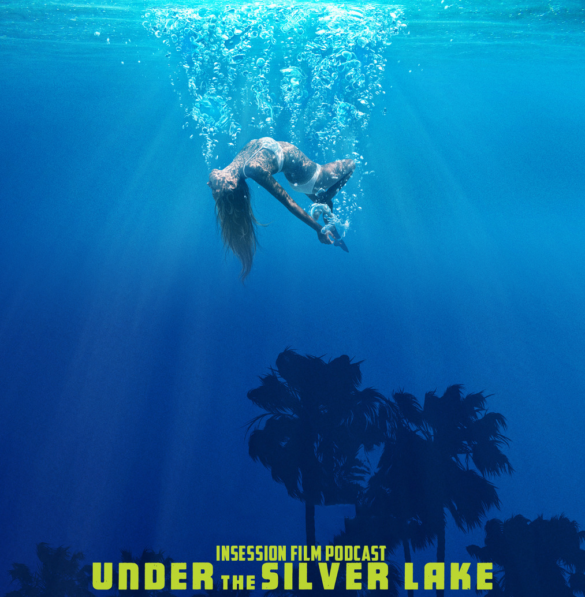 This week on the InSession Film Podcast: Extra Film segment, Ryan and Jay discuss a pair of straight-to-video releases from auteur directors: David Robert Mitchell’s Under the Silver Lake and Terry Gilliam’s The Man Who Killed Don Quixote. The stories of the production and release of each of the films are as fascinating as the films themselves, and both have been very polarizing with critics.

Under the Silver Lake is David Robert Mitchell’s follow-up to 2014’s It Follows, a film many consider to be a modern horror masterpiece. It was a true throwback to a bygone era of horror. Similarly, Under the Silver Lake hearkens back to the days of 70’s noir. Comparisons to films like The Long Goodbye (as well as the more recent films it influenced, like The Big Lebowski and Inherent Vice) are unavoidable. Many have called it a mess. Some have called it one of the best films of the years. The guys have there own thoughts in a crackling conversation about the films merits.

Meanwhile, The Man Who Killed Don Quixote is a film 25 years in the making. Stuck in production hell for many years, Terry Gilliam was finally able to get the film made. Starring Adam Driver and Jonathan Pryce, the film is a trippy, time-jumping exploration of the plight of an artist, the staying power of great art, and how the quest for fame and power can tear a men apart. It’s another movie that has received incredibly mixed reviews. At times incomprehensible, there is still a lot to admire about the film. One thing is for sure: The Man Who Killed Don Quixote feels like pure, uncut Gilliam.