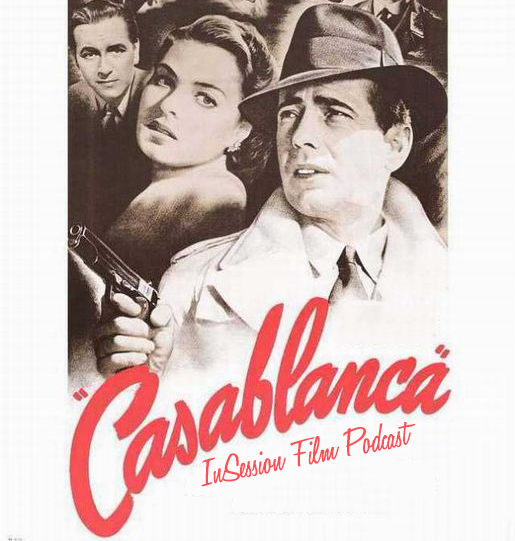 This week on the InSession Film Podcast: Extra Film segment, Ryan and Jay get together to review the latest film from German director Christian Petzold, Transit, and Michael Curtiz’s Golden Age classic, Casablanca.

Transit is the third film in what Petzold calls his “Love in Times of Oppressive Systems” trilogy, alongside Barbara and Phoenix. Transit is an adaptation of a 1942 novel set in Nazi occupied France. However, the film uses modern aesthetics, giving a very unique vibe to the film. It has been one of the best-reviewed films of the year, and Jay and Ryan were very excited to get back on the foreign film horse. There is a bit of disagreement in the discussion and one host is higher on the film than the other!

Then, the guys take a look at one of Ryan’s all-time favorite, Casablanca! Many elements of Transit mirror those of Michael Curtiz’s classic, so it felt like a natural pairing. What else is there to say?? It’s an all-timer! Listen to Jay and Ryan gush over it!