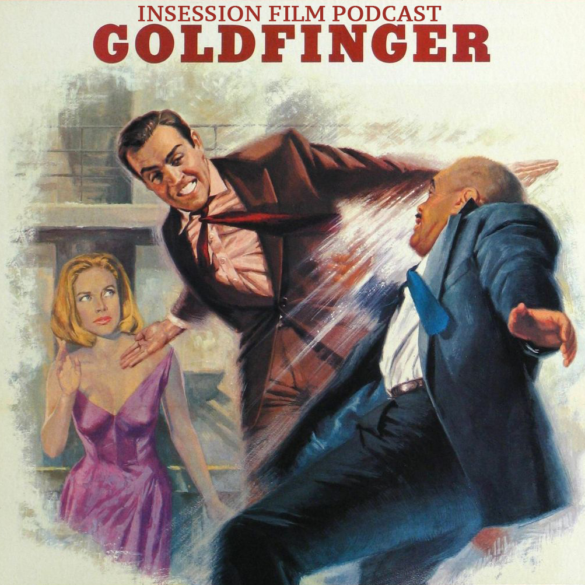 This week on the InSession Film Podcast: Extra Film segment, Jay and Ryan get back into their James Bond series after taking a week off to reveal their Top 10 Films of the 2010’s last week. This time, the guys dig into Goldfinger, one of the most celebrated films in the entire franchise. Additionally, they cover the Disney+ original, Timmy Failure: Mistakes Were Made, based on a popular children’s book series.

Goldfinger is the third film in the Bond franchise and the first one directed by Guy Hamilton, who would go on to direct a few more entries in the world of 007. The sounds, images, tropes, and designs of the film are absolutely iconic, establishing much of what we talk about when we talk about quintessential Bond. Some of that is for the better and, perhaps, some of it is for the worse. Jay is watching it with fresh eyes and Ryan is looking back on it fondly, which makes for an engaging conversation!

Then Jay and Ryan discuss Timmy Failure: Mistakes Were Made, Tom McCarthy’s follow-up to 2015’s Best Picture winner, Spotlight. If you think that is a bit of a strange direction to take your career after garnering the goodwill of a shiny, gold statue, you’re right! It is truly wild that it took McCarthy five years to release another movie and even stranger that this is what he chose to make. Is it a hidden gem for a storied filmmaker? Listen to find out!