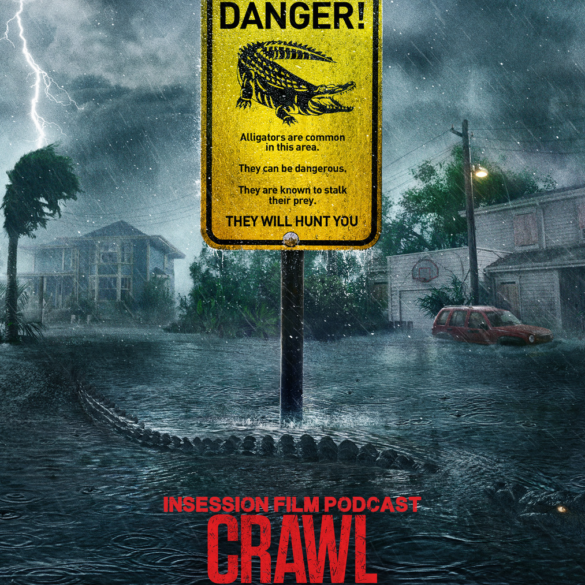 This week on the InSession Film Podcast: Extra Film segment, Ryan and Jay dig into one of the most bizarre pairings in the history of InSession Film: the Sam Raimi-produced, B-movie-inspired horror film, Crawl, and a Chinese art house film from legendary director Jia Zhangke, Ash Is Purest White.

Crawl had an interesting release strategy, as it didn’t screen at all for critics prior to its wide release. Generally, this is a terrible sign for a movie. Studios try to hide films that they don’t believe in. However, against all odds, Crawl currently sits at an impressive 83% on Rotten Tomatoes. The film is produced by Sam Raimi and features many Raimi hallmarks: over-the-top violence, heightened comedy, and high concept horror. On paper, it seems like a film right up Jay’s alley, but did it live up to those expectations? And did Ryan find joy in its bombast?

Then, the guys discuss Ash Is Purest White, the latest film from Jia Zhangke. He has cemented himself as a cinema legend with films like A Touch of Sin and Still Life, but for many American audiences, this will be their first exposure to the director. Premiering at Cannes in 2018, the film had a tough time getting distribution thanks to some intervention from the Chinese government, but it is finally available to stream and we are all the better for it!