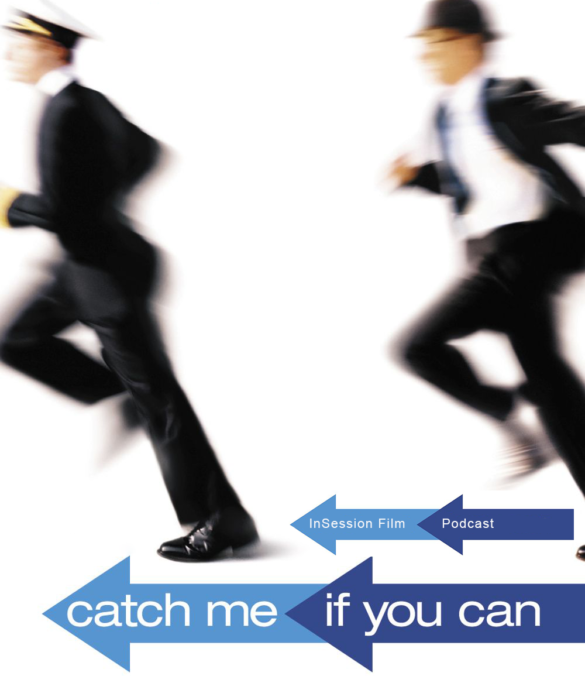 This week on the InSession Film Podcast, Jay Ledbetter fills in for JD and we are joined by Mitchell Beaupre of Letterboxd as we continue our Steven Spielberg Movie Series with Catch Me If You Can! We also discuss our Top 3 cat & mouse films and during the break both Brendan and Jay offer up their thoughts on Everything Everywhere All at Once.

Big thanks to both Jay for jumping in the co-host chair and Mitchell for joining us as our guest this week. Both were absolutely terrific and it helped foster a really fun show. Catch Me If You Can has increasingly become a more popular Spielberg film over the years, and in time it could rise the ranks of being up there with his more iconic work. It was also great to jump back into a Top 3 discussion since it’s been a few months since dipping our toes into those waters. All in all, it was a great show that we hope you enjoy as much as we did.

– Notes / Discussion (59:27)
This week for our break segment, Brendan and Jay give their thoughts on the new Daniels film Everything Everywhere All at Once after missing out on Episode 475 a few weeks ago. It’s looking more and more like that film will be featured heavily at our year end awards show.

– Top 3 Cat & Mouse Films (1:20:39)
“Cat and Mouse” movies have been a staple in Hollywood since the beginning of the industry, so it’s amazing that we haven’t done this topic over the years as there are countless films to consider for this exercise. Oftentimes they’re very entertaining, full of mystery and suspense, and have such a wide appeal. It wasn’t easy narrowing down the chopping block, however it did make for an interesting conversation.

Review: Doctor Strange and the Multiverse of Madness
Steven Spielberg Movie Series: Catch Me If You Can