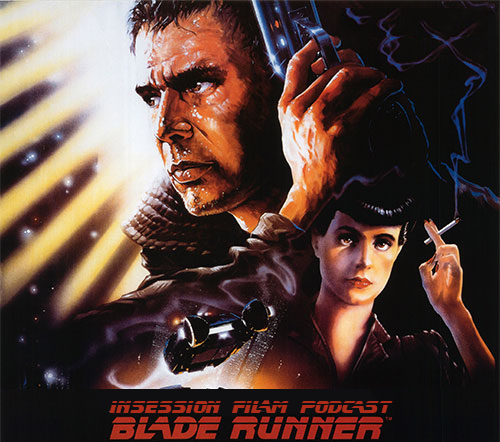 This week on the InSession Film Podcast, Ryan and Jay are joined by Brian Tallerico of RobertEbert.com as they continue their Ridley Scott Movie Series with Blade Runner, and they also talk about the new indie We’re All Going to the World’s Fair!

A big thanks to Brian for joining us on the show once again. If you’re in the film critic world in any way, you know the great work that he and his team do over at RogerEbert.com. He’s one of the best out there and we’re always grateful when he’s able to join us. After Alien last week, it’s wild that we jump straight to another sci-fi classic in Blade Runner. This is the second time we’ve done an official review of the film (you can hear our first review of Blade Runner here), and yet it still feels like there’s plenty more to mine out of it.