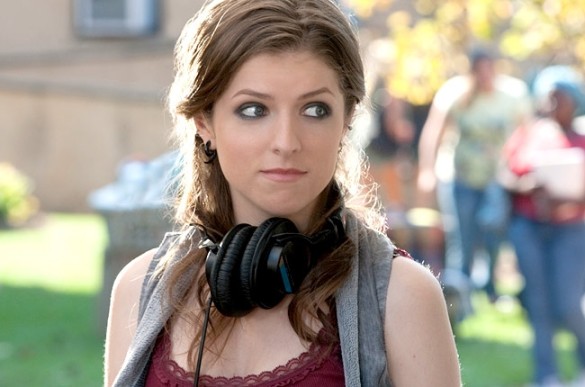 It’s been reported that the lovely Anna Kendrick will play Cinderella in Rob Marshall’s adaptation of the broadway play, Into the Woods. The fairytale trend is almost as popular as comic book movies now-a-days, so this isn’t a huge surprise and Kendrick absolutely has Cinderella written all over her, especially for this play.

The play is a comic musical that premiered on Broadway in 1987 and takes pieces from different fairytales including Cinderella, Jack and the Beanstalk, Little Red Riding Hood, and Rapunzel. The story centers around a baker with his wife who are trying to start a family despite a witch that placed a curse on them. The play has been amazingly successful.

Rob Marshall will be directing, which I think is a pretty great choice. In case you don’t know, he directed Chicago, Memoirs of a Geisha , Nine, and Pirates of the Caribbean 4. The film already stars Johnny Depp, Meryl Streep, Emily Blunt, Chris Pine and Jake Gyllenhaal so Kendrick will fit in just well, especially as the character of Cinderella in this universe.

Kendrick has really been on the rise over the last several years as she starred in last year’s big hit, Pitch Perfect, as well as her roles in Up in the Air and The Twilght Saga. She also had a good role in the incredibly, and I mean incredibly, underrated buddy cop film, End of Watch and you can see her in the new movie coming out in July, Drinking Buddies.

I think this role will be perfect for Kendrick and the surrounding cast will only make it better.

What are your thought? Let us know in the comment section below!