Park Chan-wook’s 2003 Korean thriller Oldboy is one incredible film. Unfortunately, most people haven’t seen it (after all, there’s subtitles).

Well, that’s about to change, as Oldboy is getting an American remake thanks to Spike Lee and FilmDistrict. And today, we got a new poster for the film, which revolves around a man mysteriously being imprisoned and isolated for 20 years before suddenly being set free. The poster, which is reportedly an actual frame from the film, looks nice (certainly better than all the recent photoshopped ones) and definitely gives a sense of the wild ride people are in for.

With Lee directing and a cast that includes Josh Brolin (who’s climbing out of the box), Samuel L. Jackson, Elizabeth Olsen, Michael Imperioli and Sharlto Copley, Oldboy is certainly a remake to get excited about. Whether the brutal violence and crazy twist and turns from the original will remain is another matter. 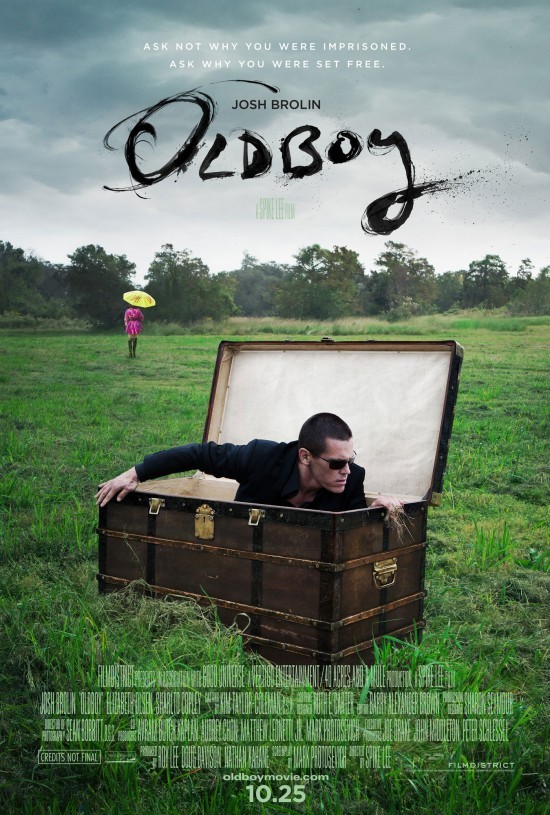