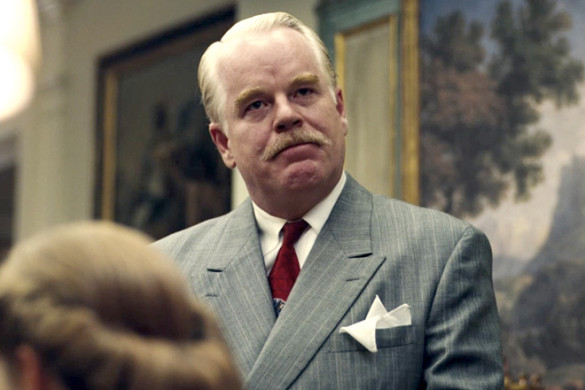 If you’re not on the Philip Seymour Hoffman bandwagon by now you need to. His work and resume has been incredible and he’s one of the best actors in Hollywood. He’s one of those actors that will stand out in a movie even if he doesn’t a big role in the film. Despite some personal addictions and rehab, he’s been able to keep pulling of some amazing performances. If you didn’t see his incredible performance in The Master last year as Lancaster Dodd, you’re missing out as it was one of his better performances. Well admist the rehab, his career seems to still be on the upward and it looks like he’s been cast in Daniel Espinosa’s upcoming film, Child 44.

The film also stars Tom Hardy, Noomi Rapace, Gary Oldman, Paddy Considine and Joel Kinnaman which is a great cast to be a part of. The story will focus on Hardy’s character as a Russian cop who is investigating a child-killer in the 1950’s Soviet Union. In the middle of all that, Stalin’s regime is insisting that the crimes don’t exist. So far this no word as to who Hoffman will be playing but he does pull of a “bad guy” well should he be cast as the murderer.

I’m not 100% sold on Espinosa yet but the story is a little intriguing and the cast will make me want to see this film. Hardy and Oldman are two of my favorite actors in Hollywood and you add in a name like Hoffman who’s an amazing performer and I’m going to need to see how this plays out.

What are your thoughts? Let us know in the comment section below!