Movie News: First pic of Sean Penn in action as The Gunman

Okay, when I think of Sean Penn I don’t necessarily think awesome action star, but I must admit that this pic seems to show he can do it. It’s the first look we get of Penn in Pierre Morel’s movie, The Gunman and he looks the part. He kind of has this older, Liam Neeson, kick-butt thing going on.

Penn is playing Jim Terrier who is a former mercenary who’s been sucked back into the business and it involves Javier Bardem’s character who is a shady businessman and Idris Elba as a mysterious assassin.

And given the type of actor Penn is, I imagine he’ll give the character some personality along with the action-y stuff that’ll be going on. He’s also bulked up from his role in Gangster Squad where he played a former boxer turned Mafia boss. And he was incredible in that too.

While this is pretty different than what we’ve seen from him before, it’ll be exciting to see how it comes out. 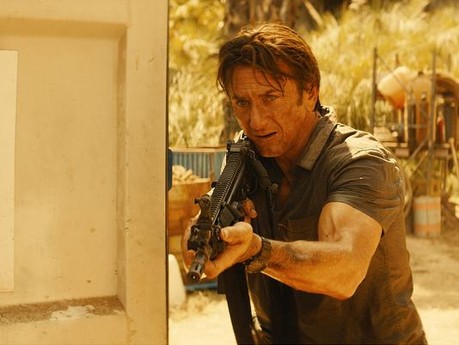 The Gunman is currently shooting, with a probable release date sometime next year.