Movie News: A sequel to Dumb and Dumber is on the way 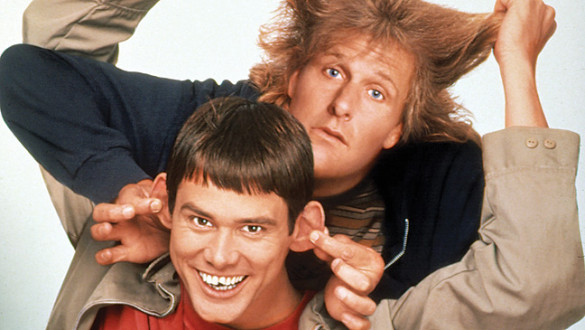 Harry and Lloyd are returning to the big screen.

According to Deadline, Universal Pictures has picked up the rights to make Dumb and Dumber To, a sequel to 1994’s comedy film featuring Jim Carrey and Jeff Daniels, after Warner Bros. dropped it earlier this year. Red Granite will finance the $35 million film.

Dumb and Dumber is one of the all-time greatest comedies with some of the most popular quotable lines. It will be awesome to see Harry (Daniels) and Lloyd (Carrey) embark on another road trip together. The film will once again be PG-13 and will once again be directed by the Farrelly Brothers.

Dumb and Dumber To will need to go into production soon as scheduling could be an issue considering Daniels is busy with the HBO series Newsroom and Carrey is busy like usual. So this could mean that we will get the film sooner rather than later and that is great news.