So if you know anything about me, you know that I love the Transformers franchise. I know Michael Bay gets a lot of crap for it, but I love them and it’s a lot of fun for me. One of the reasons is because Bay uses a lot of awesome cars and magically makes them transform into fun-to-watch robot warriors on screen (which is what it’s all about). Well we’ve seen some modifications to Optimus Prime and a few other Autobots, and now we get two more beauties to feast our eyes on.

Via Bay’s Website, we get a first look at Lamborghini Aventador which is the 2013 Lamborghini Aventador LP 700-4 Coupe and it looks pretty amazing if you ask me. The name isn’t very creative for this Autobot but it’s what they have listed. I get the feeling he could be like Jazz from the first film.

Next up we have Hound, one of the Family of Medium Tactical Vehicles from Oshkosh Defense. He’s a “rugged and reliable” Autobot, much like the vehicle. Again, could of had a better name but it does look pretty amazing.

And finally we have what is perhaps one of my favorite Transformers photos yet, especially for this film, and we have all of the new updated Autobots lined up and ready to do battle. I may be the only one, but I’m always excited for a new Transformers film. 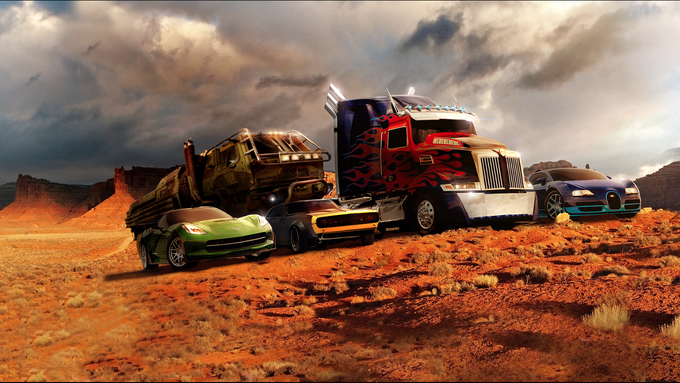 Transformers 4 comes out next summer.