‘Marty’: The Little Oscar Winner that Could 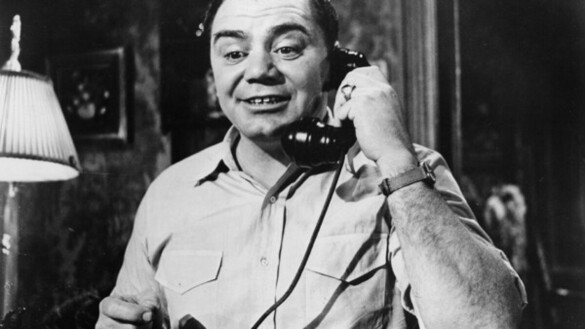 Eleven months ago, just before the 93rd Academy Awards, Esquire contributor Tom Nicholson wrote a listicle ranking all of the Academy’s Best Picture Winners from worst to best (last year’s winner Nomadland was retroactively inserted into 18th place after the ceremony took place). While Nicholson attempts to differentiate his list from countless others gracing the internet through such bold choices as placing The Deer Hunter second-to-last and referring to Birdman as a “wank-fest”, he breaks the cardinal rule of movie list making (that is, not seeing every film ranked on the list) as displayed through one particular entry:

Admittedly, Marty is one of those films unlikely to be thrown on a by a casual film-watcher, and hardcore film fans might only watch in a quest to watch every best picture winner, as that is how I happened to come across it. I knew almost nothing about this film going in other than its release date and the fact that it starred Ernest Borgnine (whom to a humble Gen Z’er doesn’t have the strongest name-recognition). Though from another generation, Marty’s low-key production, interpersonal drama, and sympathetic performances from its actors make it a memorable ninety-minute drama that manages to transcend the seven decades since its release.

Marty follows its titular character (Borgnine), who won the award for best Actor for his performance, working as a butcher and living as a thirty-something bachelor with his protective Italian mother. While feigning disinterest in falling in love and settling down, we soon learn that Marty, contrary to the typical male hero of the 1950s, has significant issues with self-esteem and social interaction. In one particularly heartbreaking scene, Marty asks a girl out over the phone only to berate and verbally abuse himself after she declines. On Youtube, several comments under this clip indicate an unfortunate familiarity with this scenario:

“I cringe at this greatly acted scene. Been there.”

“Happens to me all the time. Great movie. Great performance. True to life…”

At a dance, Marty encounters Clara (Betsy Blair), a shy, bookish school teacher who has found herself in a similarly lonesome situation. Empathizing with one another, the two quickly bond and (because it’s the 1950s) fall in love. Continuing issues of self-esteem, existential dread, and the aforementioned overbearing mother serve as obstacles to their relationship that ultimately works itself out in a happy, if somewhat ambiguous, ending.

Produced by Hecht-Lancaster productions (founded by Harold Hecht and Burt Lancaster) with a budget of $350,000 (just under $4 million in today’s dollars) Marty looks nothing like a typical Best Picture winner of today or the 1950s. It is bookended by Elia Kazan’s politically charged masterclass On The Waterfront and the high-grossing epic adventure-comedy Around the World in 80 Days. In a decade dotted with dynamic studies of post-war masculinity, Marty dares to present America with an unflattering reflection of itself, one with little self-confidence and without a hero or villain. Whether the melancholy of the Silent Generation, angst of Gen X, or anxiety of today’s youngsters, Marty can be understood by any member of any era that has ever felt a sense of overwhelming dissatisfaction with the world and themselves. Though an unlikely comparison, the film can be seen as a predecessor to the now-familiar introspective dramedies focusing on individuals in their late 20s and early 30s searching frantically for their place in life, this year seen in such films as The Worst Person in the World and tick, tick…BOOM!. Evidently, upon its release, this story was recognized for its relevance internationally as it was awarded the Palme D’Or (the second of only three films to do so along with a Best Picture win).

Is Marty the best film to come out of 1955? Probably not. But in its defense, 1955 was a particularly good year for film. With such American and International titles as All that Heaven Allows, The Night of the Hunter, Diabolique, East of Eden, Rebel Without a Cause, Ordet, and Richard III, Marty fits in comfortably as a film that reconsidered the boundaries of filmmaking in this innovative decade. I can’t read the minds of 1955 Academy members, but whether they meant to or not, awarding an independent, small scale film has allowed it to persist through the following decades of film history  and remain a relevant time capsule of post-war ennui. If all critics held the same position as Mr. Nicholson, then all small-budget, low-key, down-to-earth productions about real people with real problems would be considered “non-films”, and in the 2020’s, we ought to know better.