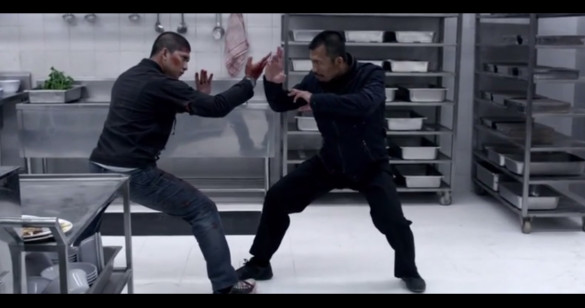 This week on Episode 214 of the InSession Film Podcast, inspired by the new science-fiction horror film Life, we discussed our favorite movies with “expendable” casts – aka movies with big casts for the sole purpose of killing them off throughout the film. This is a tactic we’ve seen in all kinds of film, including action, horror, war and even crime movies. Meaning, there was a rich variety to pick from for this list and our lists will certainly highlight that to some degree.

Honorable Mentions (Combined)
Jaws, Alien, Aliens, Saving Private Ryan, Deep Blue Sea, The Purge Series, Oldboy, Snowpiercer, Dr. Strangelove or: How I Learned to Stop Worrying and Love the Bomb, The Mist, The Grey, The Departed, All Quiet on the Western Front, Resevior Dogs, Platoon, Towering Inferno, The Hunger Games, Scream 2, Shaun of the Dead, This is the End, Predator, The Descent, Rec, House of Wax