Featured: Anticipating the new live-action ‘Ghost in the Shell’ 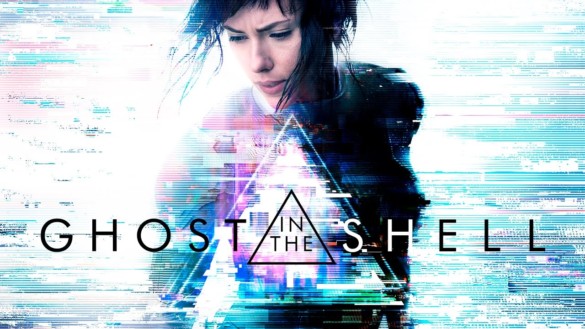 This weekend features the release of the new live-action Ghost in the Shell, starring the always wonderful Scarlett Johansson. Up until earlier this week, I was not very familiar with this property in any way. However, I was able to catch up with the 1995 animated film, Ghost in the Shell, which really blew me away. The intelligent and creative concepts that the film introduces is robustly imaginative and very human in its execution. The existential ambiguity of Motoko is vastly nuanced and smartly constructed, but what I loved about it the most, is how emotionally rooted it all is for her. For how deep the intellectual rabbit hole is in Ghost in the Shell, it’s equally as strong in the emotional undercurrent.

Personally, I’m not expecting the new live-action Ghost in the Shell to be quite as apt in exploring the ideas that Mamoru Oshii executed to near perfection. Nothing against Rupert Sanders, the director of the live-action remake, but he doesn’t strike me as someone experienced enough to render the complexities of Ghost. If you’ve seen the trailer, there is no doubt the film will be gorgeous to look at. Aesthetically speaking, Sanders will deliver on that end. If you’ve seen Snow White and the Huntsman, you’ll know that he can do visuals. It’s the story and characters that concerns me. It’s the themes of Ghost and the deeply interconnected emotions that come with those notions. I’m not sure Sanders will deliver on the “ghost” inside his aesthetic “shell” if you will.

As for Johansson, a lot of people were understandably upset when she was cast in the leading role as Major. Ghost in the Shell is based off a Japanese manga of the same name, so I can sympathize with the outrage, even though I love Johnsson as an actress. In terms of sheer talent, she is perfectly capable of leading a franchise like this and resonating the emotional and intellectual qualities that is necessary for her character and the film overall. I’m not saying we should forgive the studio, but that Johansson is a proven actress that I think is very good. At the same time, this could have been a great opportunity for a Japanese actress to jump into the spotlight to showcase her talents, which I would have loved to have seen as well. Either way, I’m hoping and rooting for a female-led franchise do well.

What about you? Are you excited for Ghost in the Shell this weekend?