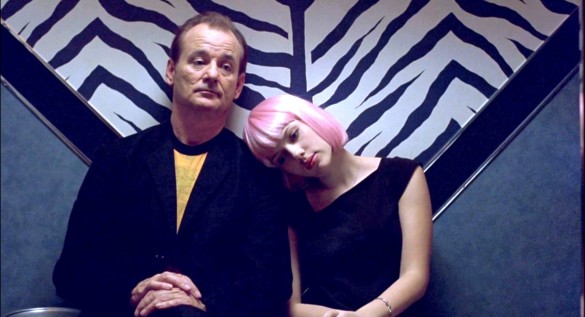 This week on Episode 447 of the InSession Film Podcast, we continued our year-by-year retrospective series by taking a look at 2003, a pretty strong and consistent year for film. Between The Return of the King, The Curse of the Black Pearl and Master and Commander (and if you ask JD, Bad Boys II), its commercial films were quite remarkable. With films like Something’s Gotta Give, Down with Love, and Love Actually, among others, romantic comedies were also very good. Or how about the animated category with Finding Nemo, Millennium Actress, Tokyo Godfathers and The Triplets of Belleville (as a reminder we go by U.S. limited release dates for our criteria). Many of the awards films were also genuinely great as well. A deep year like 2003 makes an exercise like this challenging, but we had a great time talking about the films that stood out to us. That said, what would be your Top 10?

NOTE: We spend most of our time only discussing our Top 5 movies of 2003, however, as you’ll see below, we have listed our full Top 20 lists from that year.

JD
1) Lost in Translation
2) City of God
3) Big Fish
4) The Station Agent
5) Pirates of the Caribbean: The Curse of the Black Pearl
6) Mystic River
7) In America
8) The Lord of the Rings: The Return of the King
9) Finding Nemo
10) American Splendor

Brendan
1) Big Fish
2) Lost in Translation
3) Mystic River
4) The Triplets of Belleville
5) American Splendor
6) Millennium Actress
7) Pirates of the Caribbean: The Curse of the Black Pearl
8) The Lord of the Rings: The Return of the King
9) Shattered Glass
10) Master And Commander: The Far Side Of The World

Hopefully you guys enjoyed our lists and if you agree or disagree with us, let us know in the comment section below. Clearly there are a lot of other contenders from 2003 that battled for our lists, that just missed the cut. That being said, what would be your Top 10? Leave a comment in the comment section or email us at insessionfilm@gmail.com.