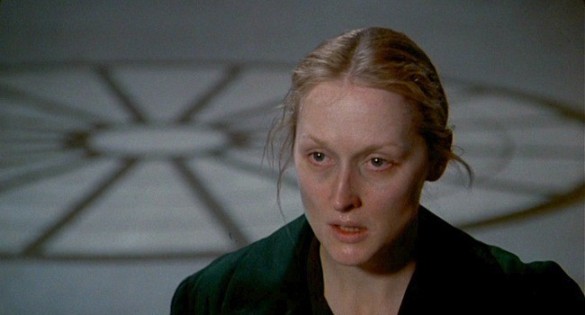 It’s here — the occasion to honor the half who forms half of us! We at InSession Film will celebrate Mother’s Day by inviting you to meet the mamas that play an integral role in their respective films in the list below, our podcast (hear our thoughts on Tully here) and our at-SXSW review for the forthcoming mother-centric tale Hereditary.

And join us: Give a shout-out to your favorite on-screen mom in the comments, on our Facebook or Twitter!

Much like her thrice-removed relative Grace Stewart in The Others, Laura holds enough power and presence that the film’s other components, though supportive in design, seem inferior. With startling and affecting conviction, the character, a living person, is the force that haunts afterward. Don’t mean to discredit you, whichever channel and site that has El Orfanato in their coverage — usually with the keywords “scariest” and “moments.” J.A. Bayona’s debut feature film is all art, and I’d say most of the trait stems from Rueda’s impassioned embodiment of a mother searching for her missing son.

Unless there’s evidence pointing otherwise, how Bong Joon-ho’s crime drama, a telling of a widow’s quest to exonerate her intellectually disabled son, didn’t get to be in the running for the 82nd Oscars’ foreign film category will remain one of life’s major conspiracies. Actually, I’ll let it be — no accolade will validate what I see is, to date, the most compelling and heartfelt showcase of a mother’s unconditional, gale-force-level love — as well as the staggering values and costs it may yield.

* In retrospect, that’s a brilliant way to have her representing all mothers.

She may only be Rapunzel’s mother, but she earns every right to be on this best mamas list*. Aside from continuing animation Disney’s knack for crafting top-shelf villains, Gothel, as with Madeo’s eponymous character, scatters ambiguity onto a role long-defined as absolute to transfixing effect. What’s more, the character is impeccably voiced and sung by Donna Murphy, whose appearance is borrowed and combined with Cher’s to form a mother I think is criminally under-discussed. So what if she’s animated?

* Credit to Yondu and James Gunn.

Burstyn is imperious in this beacon of New Hollywood anti-domesticity. In equal parts driven and protective; flawed and fragile, her portrayal of a mom reconciling a life of missed opportunities with those unforeseen is without equal.

Long-since eschewing romantic lead roles alongside the likes of Cary Grant and Spencer Tracy (a transition confronted head-on in David Lean’s masterful Summertime), Hepburn’s later career was spotted by several expertly matriarchal turns. In Lumet’s adaptation of the Eugene O’Neill play, this expertise plunges us deep into the numbing hopelessness of morphine-addict, Mary. A role of comparatively little screen time for Hepburn, but delivered with such force only the culmination of decades of craft can achieve.

An obvious candidate perhaps, but with good reason. Self-destructive and impossible, Sophie’s existence remains an enigma to herself and, vitally, to us, before THE revelation, demanding of us all an answer to an answerless question. Streep has always been great, in Sophie’s Choice never better.