Today we got a new international trailer for Kick-Ass 2, one that primarily focuses on fan-favorite Hit-Girl. While this isn’t the awesome red-band trailer we got a couple of weeks ago, it’s still pretty entertaining – minus all the swearing and violence that makes Kick-Ass so great.

And we recently got some cool character posters, but one major character was missing: Jim Carrey’s Colonel Stars and Stripes. Well, not anymore. 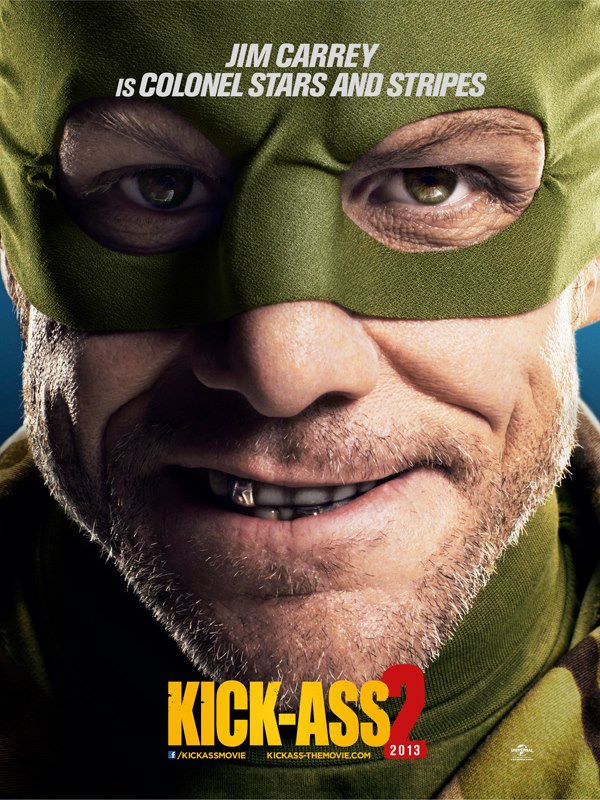