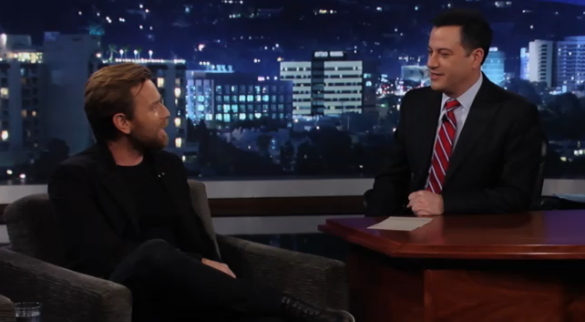 Last night Ewan McGregor appeared on Jimmy Kimmel Live to promote his new movie coming out, Jack The Giant Killer, and ended up talking about Star Wars instead. Okay, maybe he did plug his movie, but I think more people were interested in the secondary questions McGregor had to answer. McGregor was asked his thoughts on the new Star Wars movies set to come out and this is what he had to say: