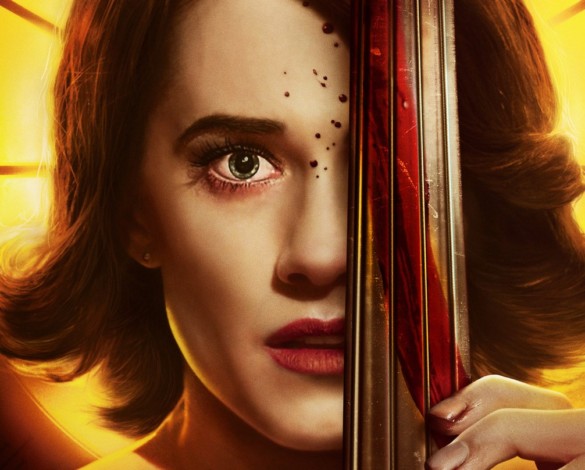 UPDATE: Netflix has picked up the film, according to Deadline! Catch it next year.

Having its world premiere at Fantastic Fest — at midnight, too! — is the spawn of The Handmaiden and Black Swan, only with the former’s Korea-Japan setting and latter’s competing ballerinas swapped out for U.S.A-China and dueling cellists. The ultra-insanity stays, though.

As our writer Nguyen Le has written in his post-screening reaction: “If you think you can guess where the madcap, sneaky & shock-your-socks-off THE PERFECTION is going, sit down.” (Also follow him on Twitter now for the latest at the fest!)

We got a chance to interview with Williams and Shepard, who stayed super-chill and prepared even if they didn’t get back to the hotel until 2:30 a.m. Warning: Mild spoilers and phrasing that enriches a swear jar are right ahead. 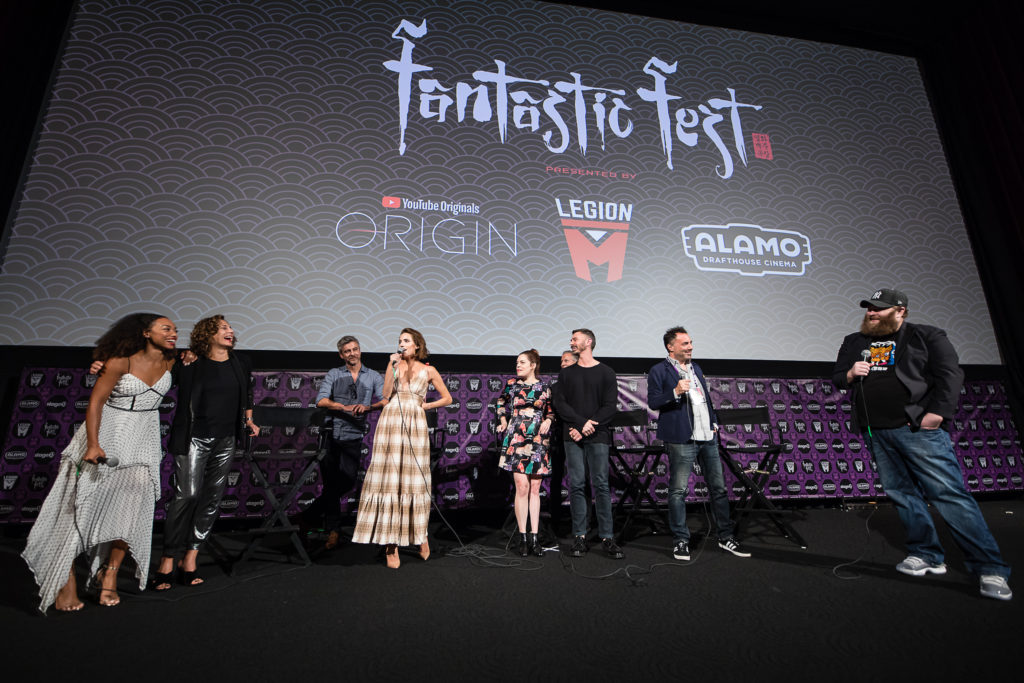 After the screening, the film’s talents stay for a Q&A session. Photo by: Heather Kennedy

Nguyen Le from InSession Film: Allison, your character Charlotte here undergoes many internal transformations not unlike Rose from Get Out. Do you find it easier or more difficult to execute them here after that film?

Allison Williams: I think I learnt a lot about how to do this very specific kind of thing with Get Out. Like when you watch The Perfection again, hopefully like Get Out the performance will stand up to scrutiny once you know everything. Hopefully, it will all ring true in some way. Unlike Get Out, Charlotte was acting only to Lizzie (Browning) so that she could get her to a desired end, which is similar, however, it wasn’t as fully in it and method-y. She wasn’t as good at it as Rose was. And so trying to peel that back and really just play someone’s truth and hoped that it looked the same no matter what the motive is… for example someone who’s worried about their friend who’s really sick and hungover and trying to figure out a way to fix it is also gonna look kinda similar to someone who thinks she needs to make that person cut her hand off and is trying to figure out how to achieve that. One of the benefits of the script is that those motives kinda line up a little bit so visually it presents a very similar performance.

Richard Shepard (director): And we wanted people to see the movie, if they saw it again that we really went out of our way to make sure that we weren’t bullshitting the first time — seeing different sorts of things and playing with the audience. Except for one specific thing, which I will not give away, when you see it again you’ll see that it’s exactly the same and it makes sense if you know what’s happening. There were a number of times in editing that we could have taken a shortcut if we have broken that rule, but we just didn’t want to. In a movie like this, if you [do] not like that, you deceive the audience a little bit. The movie comes out, you like it, and then it’s on TV, or Netflix, or whatever you’re watching, [and you can see] 10 minutes of it again, you know what I mean? You want people to go, “You know what, actually, fuck it, it’s working on this level.”

AW: And there were so many different stages of the movie where the audience knew different amounts of things about what’s going on, mostly nothing, but occasionally we would need the audience to trust someone and completely just trust someone else and then that would flip and then flip again and whatever, so that was something that we worked really, really closely on whereas there was just really one moment in Get Out where you just like, “There’s that seismic shift.” In this, it had to happen constantly. We spent literally months before we shot the movie kneading that out, especially since it was a quick shoot we knew there wasn’t gonna be a ton of time to have deep convos about…

RS: We did have a lot of deep convos before.

AW: We did, we had a ton of deep convos before! But yes, that was a lot of work. I hoped it paid off. The thing about the movie that I love is that you know Richard’s in control, you know that when you sit down, the person who made this movie is in control of it, you just have no idea where it’s going. It’s like a really good driver, and you just like are blindfolded or something, so you’re like, “All right, I’m just going on this ride.” 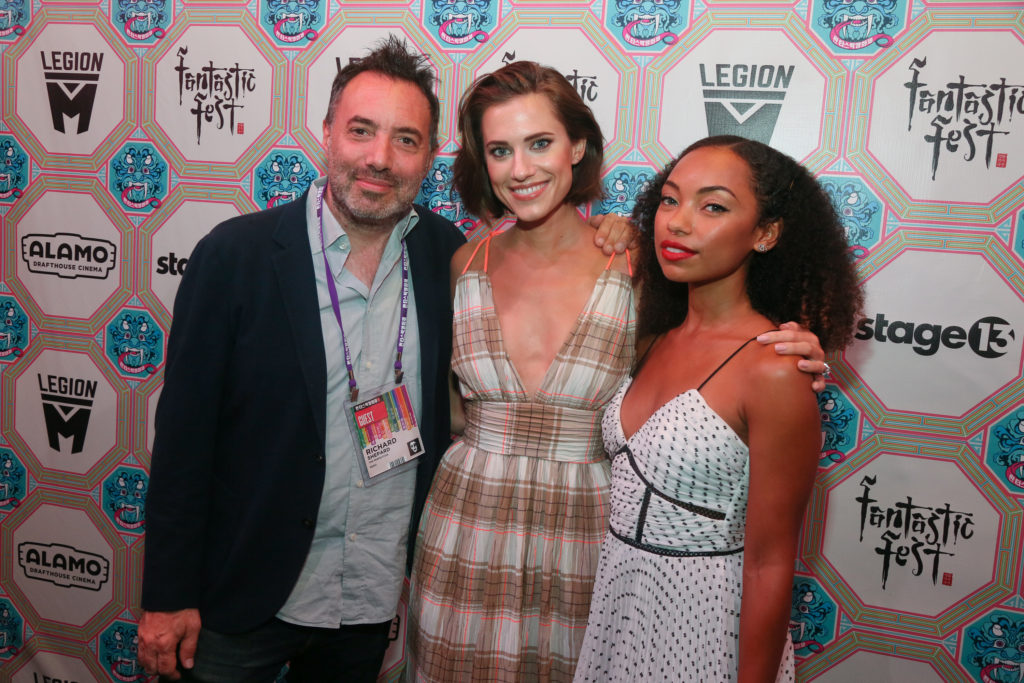 NL: As for the Asian setting, was that chosen because there are possible parallels to be made to issues of shaming and perfectionism in the culture?

AW: It was Mexico initially.

RS: And then we changed it to China. Because of the system in China and the idea of fighting authority is not necessarily something that people feel comfortable doing, I thought that would make sense for this story the people on the bus who were all really good people but they thought like they couldn’t sort of fight the driver from being such a dick and I thought that was important [side note: A pivotal scene in the film involves Lizzie feeling unwell and Charlotte unable to stop the bus due to language barrier]. Important to, actually, Allison, too. Like, the people on the bus were nice people–

AW: They were all acting the way we would act, probably.

RS: Giving water and helping. Meanwhile, the bus driver was like “I gotta get to this next stop.”

AW: I think it’s important. Originally, as scripted, it was in Mexico and I was shooting A Series of Unfortunate Events from January to May in Vancouver and I was literally in the process of signing that paperwork when Richard sent me the script. I was like, “Well, fuck! I mean, why?! Why not two weeks ago?” Then I said, “I don’t know, I’m gonna be in Vancouver for five months. Maybe there’s a way for me to shoot seven days a week.”—

RS: She really shot seven days a week. It was incredible.

AW: It was like split custody. [For Mondays and Tuesdays] I’d go to Lemony Snicket and then Wednesdays through Sundays go back to The Perfection. It was very whiplash-y. That’s why it moved to Vancouver and then trying to figure out what culture does Vancouver have that would also make sense as a home for the first part of this movie. We immediately thought of Shanghai just ‘cause it’s so visually evocative and, yeah, for the same thing Richard was talking about, whoever was on the bus needed to care more about the bus driver’s opinions of them, and just decorum in general, sort of bystander theory and stuff, than making sure this random — of course, throwing-up-and-being-super-loud couple of American girls — [are OK]. You know, behaving the ways Americans do when we travel. Classic behavior (laughs).

NL: Thank you! And before we go: Richard, do you have a dream distributor in mind for The Perfection? [side note: As of this writing, the film hasn’t found one.]

Stay with InSession Film for more about the film as well as other interviews and reviews from Fantastic Fest!