In Memoriam: World AIDS Day To Those We’ve Lost 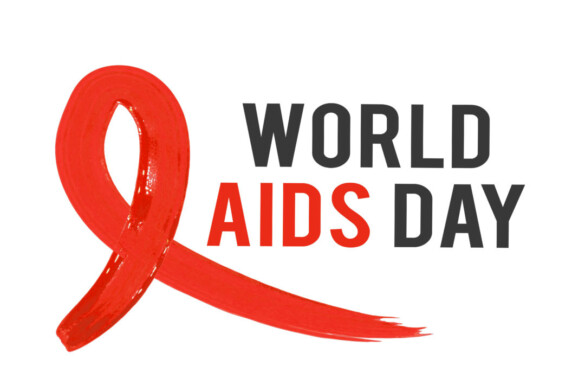 On December 1, 1988, the first international World AIDS Day was recognized to bring awareness to the still-incurable disease. It had been seven years since AIDS was first identified but the prejudices remained and any form of medicine to fight the illness remained out of sight. By this point, the disease was no longer the “gay cancer” with attached a wrongful stigma to it, but something that anyone could contract. In Hollywood, Rock Hudson was the first major celebrity to die of the disease in 1985, but there were many others to fall ill to the horrific plague which, as of 2020, more than 36 million people have died. Another 38 million are living with HIV today.

In recent years, there have been other high-profile names from the movie world who have come out publically as living with HIV. Queer Eye’s Johnathan Van Ness, Pose’s Billy Porter, and Charlie Sheen have come out as living people with the virus without shame. Back in the 1980s, people could not and would not announce it for fear of having their careers ended and the massive social stigma of having HIV/AIDS. In effect, many died without revealing their cause; legendary choreographer Alvin Ailey had his death attributed to a blood disorder to protect his living mother while director Jacques Demy’s death was contributed to cancer before wife Agnes Verda confirmed it to be AIDS years later.

This year marks the thirtieth anniversary of two major figures with the illness. Magic Johnson shocked the world by retiring from professional basketball after testing positive but is still with us today. Just two weeks after his announcement, Queen frontman Freddy Mercury confirmed he had AIDS and died the following day. Here are those in cinema history who we lost to the disease and whose legacies should not be forgotten:

One of the most highly respected cinematographers of the 20th-century, the Spanish-born Almendros moved to Cuba to join his father, fleeing a country repressive and homophobic, only to go to another country that was equally oppressive and homophobic. He then moved to France where he worked with Eric Rohmer and Francis Truffaut among others, getting the attention of Terrence Malick who hired him for Days Of Heaven. With his use of natural light predominately, Almendros won the Oscar for Best Cinematography. He then worked with Robert Benson on Kramer vs. Kramer and Alan Pakula on Sophie’s Choice, both films also winning Oscars. Following his death in 1992, the Nestor Almendros Award for Courage in Filmmaking award was established by Human Rights Watch International.

The Scottish native was primarily known for his stage work in the 1970s, performing for the Royal Shakespeare Company at the West End and then the Royal National Theatre, the setting made famous by another Shakespearean actor, Sir Lawrence Olivier. Charleson had only done TV movies when he was approached to play sprinter Eric Liddell in Chariots Of Fire which went on to win Best Picture at the Oscars. He would then be cast in Richard Attenborough’s Gandhi as the priest who allies himself with the Indian independence leader and that film would also win Best Picture, making Charleson a star worldwide. Upon his death on January 6, 1990, Charleson asked that his death be confirmed as AIDS to publicize the disease, making him among the first British entertainment stars to acknowledge it as the cause of death.

In 1978, an unknown actor from Tallahassee, Florida became a major star with his breakout performance in Midnight Express, the true story about a drug smuggler who has to survive in a Turkish prison and attempt to escape his hell. In real life, Davis was fighting his personal demons in heroin abuse and alcoholism, as well as the trauma from being abused by his own parents. Coincidently, he co-starred with Ian Charleson in Chariots Of Fire before taking the titular role in Rainer Fassbinder’s final film, Querelle, and was on stage for Larry Kramer’s AIDS drama, The Normal Heart. Diagnosed with HIV in 1985, he and his wife kept it a secret from everyone so he could keep getting work and died in 1991 from an assisted suicide by drug overdose.

In pop culture, he will be remembered for his role as museum curator Marcus Brody in Raiders Of The Lost Ark and The Last Crusade, a friend of Indiana Jones who helps get the much-sought artifacts to be evaluated by “top men.” Elliot however had a much fruitful career as a supporting actor in more than 125 TV and film credits which included Alfie opposite Michael Caine, Bad Timing directed by Nicholas Roeg, Trading Places opposite Dan Ackroyd and Eddie Murphy, and the Merchant-Ivory adaptation of A Room With A View which earned Elliot an Oscar nomination. Elliot, who was bisexual and in an open marriage, died of AIDS-related tuberculosis in 1992, aged 70.

Rollins, a native of Baltimore, had done mostly TV when he was cast by Milos Forman as a pianist who is fed up being randomly scolded for being black in Ragtime. His performance, opposite of the great James Cagney playing the NYC Police Commissioner, earned him critical acclaim and an Oscar nomination, leading Rollins to be cast as the lead in Norman Jewison’s A Soldier Story, which was nominated for Best Picture. Rollins went on to be cast as Virgil Tibbs in the TV series adaptation of In the Heat of the Night, but his alcoholism and drug addiction affected his career and was fired from the show. Although he successfully went to rehab, Rollins was diagnosed as HIV-positive and died several weeks later of AIDS-related lymphoma. He was 46.