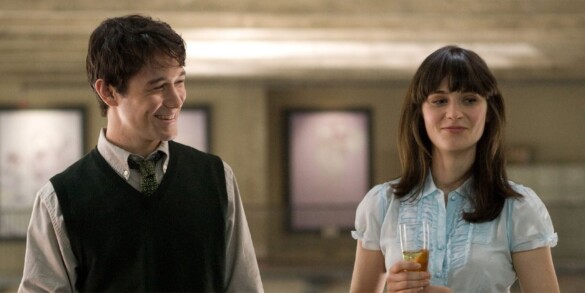 The plot of 500 Days of Summer is deceptively simple. Boy-Meets-Girl, Boy-Loses-Girl, with the always dreamy romantic Joseph Gordon-Levitt and the uber manic pixie dream girl Zooey Deschanel. Directed by Marc Webb, and written by Scott Neustadter and Michael H. Weber, this story actually puts a new and fresh look at love and relationships. And really, how often do we see something like that? 500 Days of Summer is told in a non-linear manner, and we are told how many “days” the relationship has been going on before each scene. We know from the start that the couple is doomed. We see how they meet, and how Tom (Gordon-Levitt) falls madly in love with Summer (Deschanel). Unlike many romantic comedies, this film uses the device of an unreliable narrator, so we see that Tom has a very skewed version of the relationship. Tom idealizes Summer, and is convinced that she is the one for him, despite the fact that she (and the viewer) know that she does not feel the same way about Tom. She is open about her feelings, and Tom cannot accept or see this for himself. This is most evident in their breakup scene, where he is shocked that she isn’t happy in the relationship, and how they fight all the time, and he has no idea what she is talking about. The audience understands from this exchange, that these two do not see things the same way. How often do we see this in a film? In most films we are shown exactly what happens, and there is usually one “hero” and one “villain” in a relationship. While we feel for Tom, because he is so likable it’s difficult not to, we also realize that he isn’t seeing things clearly. The scene that truly elevates this film from other films is the side-by-side scene showing Tom at a party, in which he believes they will fall back in love, and they will have a happy ending. It shows the reality of the day vs his expectations.  Watching this scene brought tears to my eyes, because most of us have completely been in this situation, and have never seen it on film before. This film is charming, funny, but also completely heartbreaking, and one of the few films I believe really captures this particular feeling. It has a terrific script, great music, and is well acted. It absolutely deserved a Best Picture nomination. 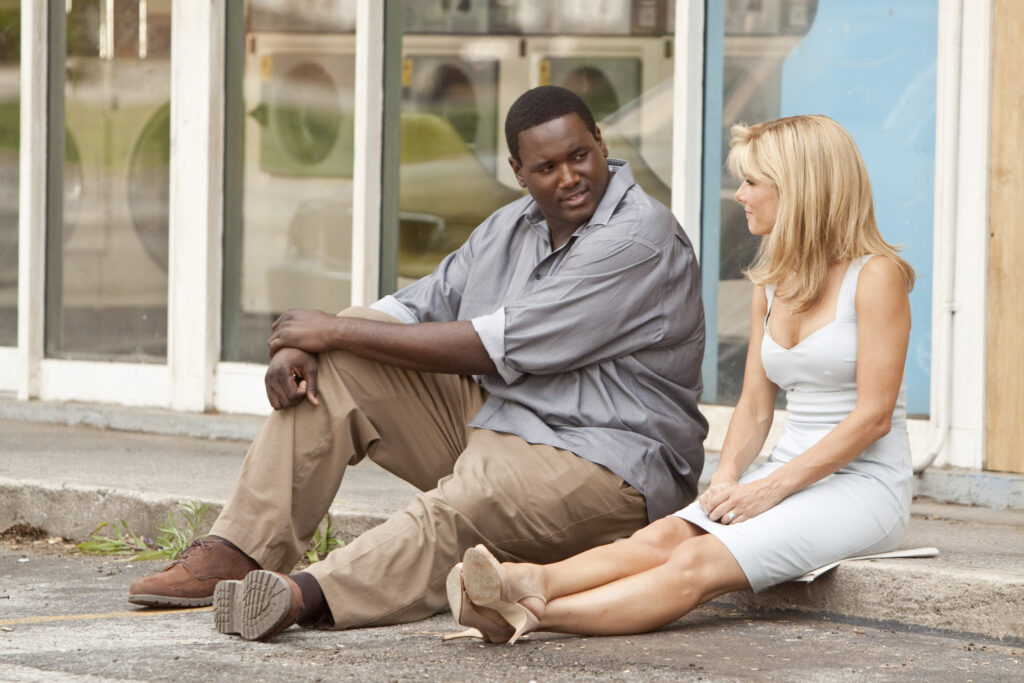 What film should have been taken out to make room for 500 Days of Summer? This year is one of the easiest years to pick from.  Without any hesitation, The Blind Side should absolutely not have been nominated for Best Picture. Starring Sandra Bullock (who somehow managed to get a Best Actress win) as a conservative, rich, Christian woman; this film is based on the true story of Michael Oher (played by Quinton Aaron), who was adopted by the Tuohy family, and went on to play professional football. This film was almost painful to watch because one is aware of how we are supposed to feel while watching it. It’s designed to inspire people with a tale of a poor, black teenager with a drug-addicted mother, who was rescued from homelessness by a rich white family. I appreciate that this is a true story. I did not appreciate, however, the way Oher is portrayed. He doesn’t talk very much, and while they have some scenes that show him being intelligent (they find a poem he wrote in the trash can), he is treated like some magical creature, instead of an actual human being. He’s referred to several times in the film as “Ferdinand the Bull”, from the children’s story, because Ferdinand was huge, but gentle. Oher doesn’t seem to have agency of his own, he just sort of drifts along and does what everyone tells him to do. In the film, it shows how he doesn’t really even understand the concept of football. He just plays because his school and adoptive family push him into it. He’s never asked if it’s what he wants to do, until the very end of the film. Oher himself came out after the film release and pointed out that he did, in fact, know about football and had played before he met the Tuohys.

The movie is less about Oher, and more about how amazing the Tuohys are for being saviors to this “tragic” black teenager. Subtlety is not something the screenwriters have apparently ever heard of. The movie seems to be scene after scene of Leanne Tuohy with her friends sitting around at lunch telling her how wonderful and amazing she is for adopting Michael. The movie also chooses to shove the Tuohy’s son, SJ (played by Jae Head), into the “adorable kid” role. Sadly, SJ is not an adorable kid. He treats Michael like a novelty, and again, not as an actual human being. The scene where he teaches the quiet Michael about what football is, and how to play it, is beyond cringeworthy. The scenes where, for some reason, he is allowed in on Michael’s meeting with various college coaches, and make demands of them, is even more embarrassing to watch. And, sadly, it’s obvious the director was really trying to make this poor kid cute and likable. I understand that this film appeals to much of America, especially white, conservative Christians who love football.  However, this is truly a mediocre film at best, and a nauseating white-savior movie at worst. There is no way this film was worthy of a Best Picture nomination.