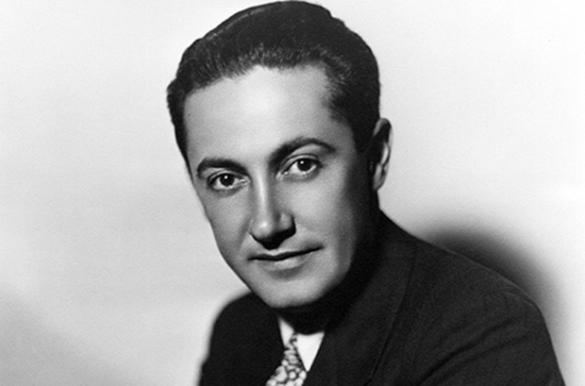 Upon his sudden death in 1937, President Franklin D. Roosevelt said, “The world of art is poorer with the passing of Irving Thalberg. His high ideals, insight, and imagination went into the production of his masterpieces.” He was 38 years old but had made a legacy that was permanent to the golden years of Hollywood. Thalberg produced four hundred films, innovated the writing process by working with the writers personally, released sneak previews to audiences for feedback, and helped create the Production Code which gave rules for all studios to follow with sensitive content. At the same time, Thalberg made productions that merged stage drama and literary novels and made some of the greatest Hollywood stars ever seen. Even his rival producers in other studios praised him after he died.

Thalberg was born on May 30, 1899, in Brooklyn and, after a rough birth, was diagnosed with a congenital heart disease that doctors said would restrict his lifespan to no more than 30 years. Because of this, Thalberg was constrained at home most of the time to reading novels, plays, biographies, and philosophical books. When he contracted rheumatic fever in his teen years, Thalberg was kept away from school and was taught at home. He graduated, but his fragile health forced him to avoid college and get part-time work.

Thalberg would find work as a secretary in the New York office for Universal Studios and was promoted later to being the personal secretary to Universal’s founder, Carl Laemmle. His notetaking and transcribing got Laemmle’s attention, and after a trip to Los Angeles where he was given a tour of how movies were produced, Thalberg was asked by Laemmele to watch the studio while he went back to New York. Unofficially, he was the first studio manager of Universal which oversaw operations daily, but when he gave the studio manager position as a suggestion to Laemmle, Thalberg was immediately hired to do it. He was only 20 years old.

Thalberg, like many of Hollywood’s early industry workers, came from the East coast and quickly adapted to California’s warm weather, which benefitted his health. Laemmle’s hiring of such a young man with no business experience shocked many, including movie columnist Louise Parsons, who would write about Thalberg as, “Universal’s Boy Wonder.” Other actors, directors, and writers were charmed by Thalberg who felt after meeting him he had many years of experience instead of the fact he had none. Newcomers saw producers as big men who smoked cigars that had a booming voice to command others but with Thalberg, it was the total opposite. When he interviewed the woman who would be his wife, the actress Norma Shearer, she thought Thalberg was an assistant.

Universal Pictures would successfully blossom under Thalberg’s leadership as he held films to strict schedule and process of writing so nothing ran behind. His most successful production was a novel Thalberg loved, The Hunchback of Notre Dame. Instead of a strict horror film, Thalberg was able to rearrange the tone as a love story and convinced Laemmle to bring in Lon Cheney for the main role, making him a star. At a time where directors were left alone to their own devices, Thalberg confronted the notorious Erich von Stroheim over the length and budget of his movies. Stroheim’s behavior and consistent clashes to make it his way over the studio’s will left Thalberg with no choice but to fire him, a first in Hollywood.

In 1925, Metro-Goldwyn-Mayer was formed and the head, Louis B. Mayer, hired Thalberg as Vice President of Production. Under his leadership, Thalberg made double what Warner Brothers and Paramount were releasing every year. According to biographer Roland Flamini, the success of MGM came from Thalberg’s decision to hire multiple stars for one picture, adapt a Broadway smash or a notable classic piece of literature, and create high standards for making the film. Because of the expensive costs of shooting on-site or abroad, Thalberg kept the movies made within the studio. He even made gambles with actors or with subjects that were deemed as risky or not financially viable. But Grand Hotel with its major ensemble of stars won the Oscar for Best Picture and cast actress Luise Rainer in two films Louis B. Mayer thought it was a mistake. Those films, The Great Ziegfeld and The Good Earth won her back-to-back Best Actress Oscars.

Actors that were hired by Thalberg include Greta Garbo, Clark Gable, Joan Crawford, Helen Hayes, and John and Lionel Barrymore. Two movies in particular that cemented MGM’s reputation for creating great large-scale productions were Ben-Hur and Mutiny On The Bounty. The former, which would be remade in 1959 to massive acclaim, was in trouble from the start while shooting on location in Rome. Thinking it would be a major success, Thalberg brought the production back to California to reshoot the film in the studio. Ballooning to a $4 million budget, the most expensive ever in the silent era, Ben-Hur would still bring acclaim and box office receipts of $10 million. With the latter film, Thalberg, whose relationship with Mayer soured over time, convinced him to pursue the project as was with Clark Gable, who didn’t want to do it. The second most expensive film after Ben-Hur, it would be massively successful and win the Best Picture Oscar. 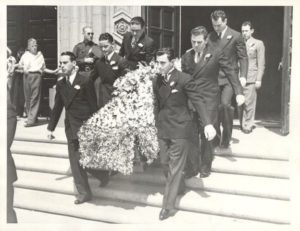 Thalberg lived past thirty years, but his health took a major hit. After turning down the opportunity to buy the rights for Gone With The Wind (David O. Selznick would get it), Thalberg went on a lengthy vacation with his wife to recuperate, but he continued to decline. Irving Thalberg died on September 14, 1936, at the age of 37, from pneumonia. His funeral two days later attracted many stars from MGM and other studios, as well as continuous tributes from head rivals including Selznick, Sam Goldwyn, Darryl F. Zanuck, Harry Cohn, and Adolph Zukor. Some of his last productions were still in post-production or principal photography when he died, including the Marx Brothers’ A Day at the Races and The Good Earth which was dedicated in his memory as, “his last great achievement.”

As we pass the 84th anniversary of his premature death, Irving Thalberg is a representation, and maybe the best, of Hollywood creativity during the 1920s and 30s. He simplified the process and established current-day standards for studios before, during, and after filming. Writers weren’t cheapened, they were brought in the creative process. Every little thing had to have Thalberg’s seal of approval and were not made inexpensively just to pinch a dollar or two. Actors were given chances when no other studio would do it. Financially, he was the best producer during his time, making MGM the leader of the Big 5 studios, when there were just five studios and MGM was still making movies on their own.

But after Thalberg, a lot of people felt the bar he made was lowered, some actors didn’t feel motivated anymore, and MGM would go downhill on its success rate. The Oscars would honor him with the Irving G. Thalberg Memorial Award, presenting to, “creative producers, whose bodies of work reflect a consistently high quality of motion picture production.” Instead of an Oscar, it’s a bust of Thalberg himself the winners receive and has gone to names such as Walt Disney, Cecil B. DeMille, Alfred Hitchcock, Ingmar Bergman, Steven Spielberg, George Lucas, Warren Beatty, and Frank Marshall & Kathleen Kennedy. There will never be another boy wonder in Hollywood again.

As a fifteen-year-old, I decided to read the novel The Razor’s Edge. It was published in 1944 and... Read More »

Last year, I did a piece on films that received a ton of notoriety with their lengthy production... Read More »

Chasing the Gold: How Did THAT Get Nominated for Best Picture?

It happens every year. All of us cinephiles look forward to the Oscars the same way most sports... Read More »