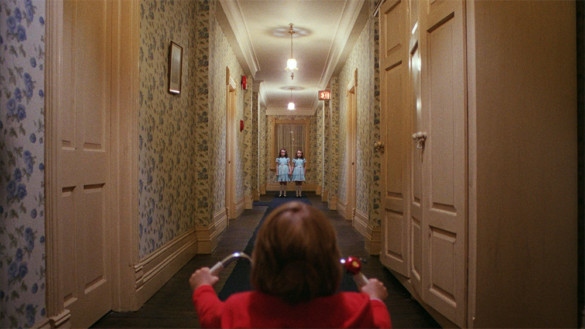 Fiendishly twisted and undeniably scary, Stephen King’s writing has been shaping Hollywood for over forty years. Whether it’s his demon clown, his possessed car, or his psychic schoolgirl, his characters have nestled themselves deep in the subconscious of audiences. With three directors having more than one film on this list, it’s easy to see some people have more of a knack for it than others. But which of his adaptations comes out on top? What the most terrifying story that’s come from that prolific and popular writer’s imagination?

Director Mike Flanagan had a monumentally difficult task in front of him, adapting this sequel to The Shining. He had to wrestle with the legacy of Kubrick’s 1980 masterpiece, as well as establish continuity from King’s original novel. He pulled it off admirably, and while the 150-minute runtime threatens to overwhelm the narrative occasionally, the result is a highly enjoyable ride that maintains weighty themes of trauma with creepy vampiric thrills. And at the center, you have two outstanding performances from Ewan Macgregor and Rebecca Ferguson. The major downside is when it aligns itself too much with Kubrick’s film – the final act where we return to the Overlook Hotel falls a bit flat. This is a shame, as Doctor Sleep seemed comfortable being its own thing without having to reference Kubrick’s work. Still, Flanagan’s film captures the sheer fun of King’s writing and makes a worthwhile investment in its central characters. 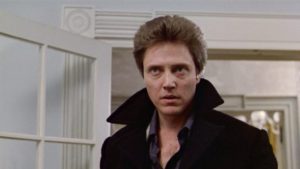 A lot of celebrated directors in the ’70s and ’80s tried their hand at a Stephen King adaptation at one point, and David Cronenberg is no exception. This slow-paced drama was his first foray into mainstream filmmaking, but the subject matter – a teacher who wakes from a long-term coma to find he has psychic abilities – is right up Cronenberg’s alley. Christopher Walken turns in a charismatic performance in a film with well-defined characters, as well as an exciting exploration of the many uses of mind-reading powers. While a little on the slow side, the second half ramps up towards a terrific climax that’s just as dynamic and twisted as you should expect from King. 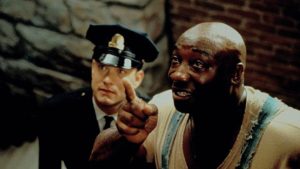 Director Frank Darabont might be the master of adapting Stephen King (three of his films feature on this list!), and this grueling, fantastical prison drama is undoubtedly among his best. Tom Hanks ditches the comedy and brings a great sternness to the role of a death row warden charged with overseeing a black inmate with supernatural powers, played by a never-better Michael Clarke Duncan. The film’s filled with trademark Stephen King nasty people, and the conflict between the wardens and inmates means the three-hour runtime never drags. Plus, it’s a testament to the fact that Stephen King can do gut-wrenching emotions just as well as he can do scares. 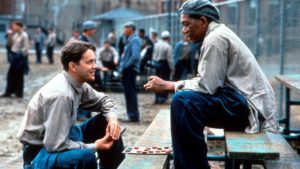 What is there to say about Shawshank that hasn’t been said already? It masterfully handles its sweeping, epic storyline, roots itself firmly in its well-defined, well-performed characters, and establishes itself as a lot of people’s favorite film of all time. It’s no surprise why – it’s an incredibly accessible film with themes of determination in the fight against injustice. It’s a modern classic. So why only number 7? Everything this film sets out to do, it achieves admirably, but I think the films that rank higher on this list have a much edgier subject matter and tackle their topics in the more twisted manner that’s become a hallmark of Stephen King. Still, The Shawshank Redemption is an absolute triumph of a film and a deeply rewarding watch.

I won’t hear a single word against Kathy Bates. Her Oscar-winning performance as Annie Wilkes is legendary for a good reason. She flicks between being sycophantic, quietly intense, and downright unhinged with such ease that you’re left anxious about what she’s going to do next. James Caan gives a suitably restrained performance as the celebrated writer under her care, and director Rob Reiner pulls off a compelling, well-constructed thriller, with King’s familiar themes of abuse and suffering on full display. On reflection, my one critique is that it’s a little too clean, the violence feels a bit muffled compared to the more grisly novel, and it feels like the edge has been softened for mass audiences. Regardless, Misery is tense and terrifically acted, and effectively traps the audience within a tight space to watch the troubled relationship between writer and fan spiral out of control. 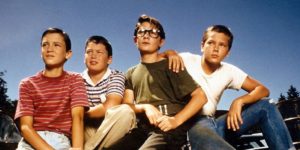 It’s a double-whammy for Rob Reiner! This coming-of-age story based on King’s novella The Body is a sweet, nostalgic, and melancholic perspective on aging out of small-town life. Four young boys venture down rail tracks to find the body of a kid struck by a train some days prior, and as they travel, they are forced to confront their dwindling friendship and uncertain future. While not exactly scary, there are some brilliantly tense sequences and striking, unsettling images, plus the overall concept of foul-mouthed kids being fascinated with the macabre is very King. Wil Wheaton as the young writer Gordie gives a confident performance, but it’s River Phoenix as teenage delinquent Chris who steals the show, a seemingly prophetic character wiser than any of his friends about how much their lives are set to change. 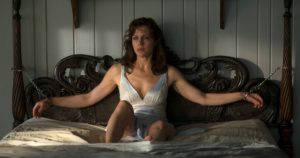 Neither adaptation of It made it onto this list, for many reasons (they’re not that good). But thankfully, 2017 gave us another Stephen King adaptation that was far smaller in scale but much more impactful – as well as being King’s best work about abuse in cinematic form. Mike Flanagan directed this film for Netflix about a middle-aged couple trying to spice up their relationship in a remote cottage, but just as Jessie (Carla Gugino) is handcuffed to the bed, her husband Gerald (Bruce Greenwood) has a heart attack and dies. It’s an incredibly tense piece of work, with Flanagan excellently depicting Jessie’s mind unraveling as she’s forced to confront her repressed trauma, and the climax is one of the most nail-shredding, disturbing sequences I’ve seen in a psychological thriller. 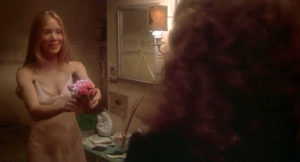 The first King film of the first King book is some of his most iconic works, and I don’t remember the last time I saw a prom scene in film or TV without someone referencing Carrie. De Palma helmed this weird, messy film with unhinged performances and high school students who look like they’re in their mid-30s – but all of this adds to the film’s charm. At a lean 98 minutes, this film races by, a steadily ascending rollercoaster of dread that bursts out in nightmarish panic once the famous sequence kicks in. Sissy Spacek’s performance of the titular telekinetic teenager is a wide-eyed wonder. You really get the sense that she has no control over her actions – and this terrifies her. A corny relic now, it’s still great fun with touches of great sadness, and a genre-defining horror for years to come. 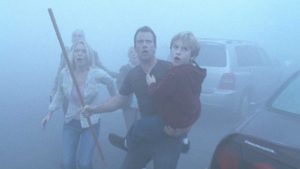 Most people would not consider this 2007 thriller as one of the best King films, but it’s certainly the film that best captures the multi-faceted nightmarish qualities of King’s writing. There’s a band of loud personalities all trapped in one location – a supermarket – and when faced with an incomprehensible threat – a thick mist settling over the town filled with bug monsters – everyone starts unraveling and turning on one another. Darabont’s adaptation really hammers home a point King keeps returning to – that he doesn’t have a good opinion of people. While the dialogue can be corny and the characters are certainly broad, making these complaints about a King movie seem disingenuous because the spiky, unsettled atmosphere these characters create is what makes his writing compelling. Every scene has such rich conflict pulsing through it that you’re likely to be exhausted by the film’s conclusion. If you don’t know the plot details, I recommend not looking them up. I’ve watched this flick with three separate people who didn’t know how the story ended, and it was very entertaining seeing their reactions. 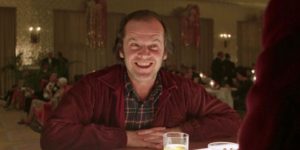 I think about moments from this film daily. The score that plays in the opening credits, the flashes of the butchered twins, the sound of Jack Torrence’s voice when hunting down his family. Stanley Kubrick’s The Shining is a masterpiece of atmospheric horror. While The Mist best captured the experience of reading a King book, Kubrick’s film goes completely the other way. It’s a film with a deeply haunting ambiance with striking, elegiac shots that stick with you long after the final moments. You feel that something was terribly wrong with the Torrence family long before they stepped foot in the Overlook Hotel, the grand and empty fortress they must stay in throughout the winter. Famously King took major umbrage at Kubrick’s departure from his novel, but it’s hard to find much at fault with this explosively violent yet gorgeously captured film. It’s every bit as good as you remember and deservedly iconic.