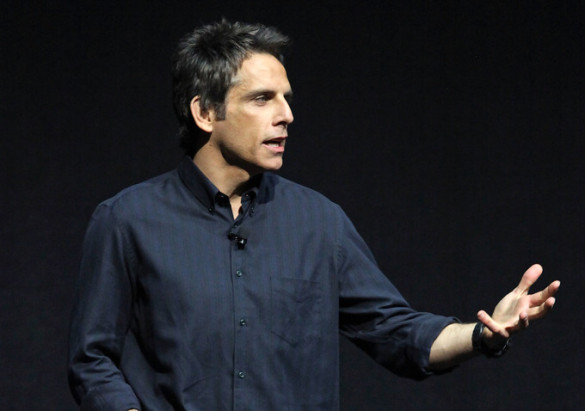 It looks like Twentieth Century Fox will be executing the same gameplan they did last year with Ang Lee’s Life of Pi, and presenting it’s Oscar contender at it’s CinemaCon. This year they will be rolling out film from Ben Stiller’s retelling of the classic James Thurber story, The Secret Life of Walter Mitty.

The story is of a timid magazine photo manager, Mitty (played by Stiller), who lives life vicariously through daydreams and embarks on a true-life adventure when a negative goes missing. It’s been described as a film that cuts any time it wants and blows up into full on fantasies where Stiller’s character can act out his dreams. The film will also star Kristen Wiig as the Life Magazine photo librarian who is Mitty’s love interest.

It seems as though Fox will have a major campaign push for the Oscars for this one, which will yet to be determined. Outside of Tropic Thunder, I’ve never been a huge fan of anything Stiller put’s his hands too. I respect his work ethic and the effort he puts in, but I struggle to find any of it entertaining so I’m not sure how this will pan out. That being said, I love what Twentieth Century Fox did with Life of Pi last year. While Ang Lee is a much better director, if this film is what they say it is, I’ll definitely keep an open mind.

The other film Fox will be relying on this summer is Sandra Bullock and Melissa McCarthy’s buddy cop film, The Heat. I’m not very excite for this film either, but I love Paul Feig’s Bridesmaids, so he’s got my attention at least.

Are there any other Fox films you’re looking forward to?