Featured: Why the 1998 version of ‘The Parent Trap’ is a great film 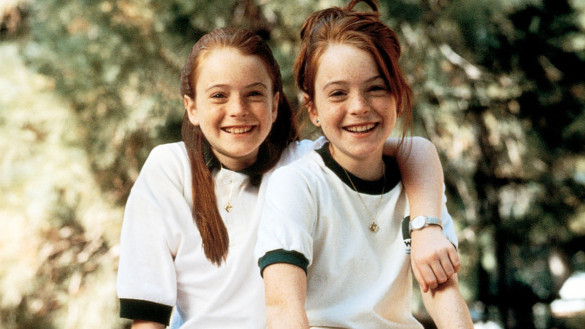 We all have favorite movies from when we were kids. Sometimes nostalgia clouds our view and we cling tightly to a film that, if we’re being honest, no longer holds up. But then there are those rare moments of pure bliss when we revisit a childhood favorite and find that it still brings about the same wonder, joy, and amazement as when we first watched it.

I am so thankful that the latter is true of my experience with Nancy Meyers’ 1998 remake, The Parent Trap.

Brendan had this film on his list of the Top 3 Movies About Parenthood in one of the recent episodes of the InSession Film Podcast. I’d definitely agree with that, and I’d even go a bit further to say that the 1998 version of The Parent Trap is an all-time great film.

I’m not sure when I first saw this film. In fact, it very well may have been one of the first movies I ever watched. I always remember it being a favorite. It is easy to see why a child would like this movie – the idea that you can have some kind of control over the lives of your parents is tantalizing to anyone in their youth. What’s even more endearing about this film, however, is that it offers more than enough for older viewers.

This is the story of Nick Parker (Dennis Quaid), Elizabeth James (Natasha Richardson) and their twin daughters – Hallie and Annie (both roles played by a young Lindsay Lohan). We meet Nick and Elizabeth in the opening scene as Nat King Cole’s iconic “L-O-V-E” plays. They are married on the QE2 in rapturous bliss. This opening scene is important, because we feel invested in their marriage before we even meet the real stars of the show.

I am, of course, referring to Hallie and Annie.

The film quickly jumps ahead 11 years to a summer camp. Even if you never went to camp as a kid, I think most kids can relate to being thrown into a place where you don’t know anyone. In fact, I think most adults can relate to that, too. Whether it is school or work, we’re all constantly looking for ways to relate to the people around us. That the film drops us into this situation with the characters at the very beginning of the film is, I think, a very good choice. We’ve already been introduced to the marriage of Nick and Elizabeth, but not to the point that we really know what’s going on. So we’re meeting everybody right alongside Hallie and Annie.

They don’t know each other yet either, of course. Hallie lives with Nick in Napa Valley and shares his last name of Parker. Annie lives with Elizabeth in London and shares her last name of James. They both have vague memories of the other parent, but they have never met each other. That will change, of course, as the camp scenes commence. The way the big “reveal” is handled invests us so much in both characters.

For this film to work, we have to want Nick and Elizabeth and the girls to all end up together. That may sound easy to do, but I don’t think it’s so simple. We could very easily accept that Nick and Elizabeth just didn’t work out together and the arrangement that has worked for 11 years is for the best. Certain characters make that very case as the film continues. But throughout it all, it is the work of these early scenes that has set us up to care about the characters of Nick, Elizabeth, Hallie, and Annie above all others. We really want to see THIS family together.

This is done through overt means (the opening shots of the wedding) and through more subtle means, as well. An example of the more subtle way that is accomplished is the prank war the two twins wage upon each other before they know each other’s true identity. Their competing personalities clash in very funny and engaging scenes. Inevitably, the leaders of the camp discipline the two and put them together in a cabin. It is there that they realize who they both really are. This process of being at odds then coming together mirrors what happens in a family with multiple siblings. By the end of it, we are fully on their side and want to see them succeed in their quest to reunite their parents. The setup is done very well.

Meyers certainly deserves much of the credit for that, but her work would be in vain if not for the performance by Lohan. It cannot be overstated how incredible her work in this film is. Think about the skill it takes – as an 11 year-old – to perform two different accents. Not only that, but when the film leaves the camp scenes and the twins have enacted their crazy scheme (to switch places, impersonate each other, and force their parents to come together), Lohan must then subtly augment those accents since she is now playing a character who is trying to, in a sense, play a character. That’s not easy to do, and Lohan does it so well here.

The direction, performances, and setup all have us riding pretty high by this point. But this wouldn’t be a great film if it let us stay there. Something has to happen to throw all this into a fuss. That “something” comes in the form of a person – Meredith Blake (Elaine Hendrix).

You see, in these intervening 11 years, Nick has moved on to a new relationship. He is now engaged to Meredith. Even if she ended up being another version of Mother Teresa, the masterful setup of this film would have us rooting against her. We certainly find out that she is no Mother Teresa, so it becomes even easier to root against her. But an engagement isn’t the easiest thing in the world for a child to change, so we now have the makings of a great plot. Hendrix has fun playing the role of the villain here, and she does it well. It all brings us to a fateful camping trip where the “new family” – Nick, Meredith, Hallie, and Annie – try to bond. Well, Hallie and Annie don’t try all that hard, but we certainly see Meredith’s true colors. These are also some of the funniest scenes in the whole movie. I remember rolling on the floor laughing as a kid.

A simpler film would give us a quick resolution right after this camping trip. But this film doesn’t do that. Just when we think we have everything figured out, we get thrown for one last loop. Then, without giving too much away if you haven’t seen this movie, that loop is closed up in the film’s rousing ending.

On the surface, The Parent Trap may seem like a kid’s movie entry into the romantic comedy genre. It is that, in part, but it’s much more than that, too. Are there some cheesy parts? Sure. Elizabeth’s butler, Martin (Simon Kunz), and Nick’s housekeeper, Chessy (Lisa Ann Walter), ending up together might feel like a little too much, for instance. I’m willing to accept it because 1) they both give incredibly endearing performances and 2) the film has so much love in the air that you can believe that the supporting characters will get in on it too.

In the end, this is a movie about family, love, loss and reunion. Those are themes to which we can all relate, and it is the film’s adept handling of these universal themes that make it such a great film.