Featured: What Chance Does ‘Blade Runner 2049’ Stand at the Oscars? 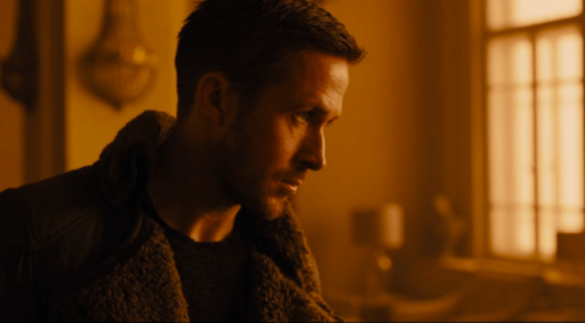 There is no doubt that Blade Runner 2049 is going to grow into a cult classic of sorts. Despite its lackluster performance at the box office, Denis Villeneuve’s science fiction epic is starting to follow in the footsteps of the original. Even though the film has received quite the critical acclaim the box office numbers are just falling short. But what does this mean for the film’s Oscar chances? Well join us as we take a look at five Oscars we hope that Blade Runner is nominated and five Oscars it will more than likely be nominated for. You can listen to our review of Blade Runner 2049 here!

Five Oscars We Would Like to See It Get Nominated For:

Best Picture:
This nomination is more than likely going to be missed completely. Due to its underperforming box office numbers and the approach the film takes, it just will not fit in the same category as some other films releasing this year. But there is no doubt it is one of the best films to release this year. It easily is probably the best science fiction film that will release this year (sorry Star Wars). Despite its begrudging runtime and overall slow-moving methodical approach the film still is quite a stunner.

Honoring the first film to come before it while also putting a bit of his own spin on the universe, Villeneuve has seemingly done the impossible. Blade Runner 2049 deserves a best picture nomination because well, its one of the best films of the year. The film is pure cinematic bliss with a lot of different flavors to try.

Best Supporting Actor (Harrison Ford):
Harrison Ford reprises his role as the iconic blade runner, Rick Deckard. But this performance is so much more layered than just your average revival. Ford is probably only on screen for a grand total of twenty five minutes (if that), but every time he is on screen he’s flourishing. Not only does he step away from the stoic, expressionless performance in the 1982 predecessor but he proves to everyone why he is one of the greatest actors ever.

Using his subtle tone of voice changes or the sheer pain/regret he shows through his facial expression. Ford is firing on all cylinders in this film and despite his limited screen time he gives easily one of the best performances of the year. Moving away from the iconic factor and just focusing on the emotional and spiritual moments, Ford is more than deserving for a supporting actor nomination.

Best Adapted/Original Screenplay:
Blade Runner 2049 moves at a methodical pace. Now while the reasoning for most of that feeling can be chalked up to Villeneuve, another few contributors to that are Hampton Fancher and Michael Green. Fancher and Green have written something truly magical that explores a lot of different ideals. If the film was written in a much more basic format or if these two screenwriters took more of a “by the book” approach, it couldn’t have played the way it does. The film is meant to be more of an old style detective film. People talking, people discovering things, people investigating, and people confronting each other.

Fancher and Green perfectly replicate that old Noir style of screenwriting and Villeneuve perfectly translates it to the screen. From the dialogue that helps us understand who characters are and what their motives become, to some poetic portions of the film that really attempt to get in contact with our spirituality. The screenplay is just as much of a beast as the entire film is overall.

Best Director:
Denis Villeneuve has tackled something that was once thought to be impossible. A sequel to Blade Runner which was considered blasphemy at one point. But after the smoke has cleared, Villeneuve has done it. He has re-created the Blade Runner universe in excellent fashion, excelling in so many different areas. It really is quite impressive that he managed to replicate the scope that Ridley Scott first put into place over thirty years ago.

He brought the film to life and he crafted something truly special. To both cinephiles and die hard Blade Runner fans. Villeneuve is easily becoming one of the greatest directors to ever step behind the camera and if this wasn’t proven before, it sure as hell has been proven now.

Five Oscars It Will More Than Likely Get Nominated For:

Best Cinematography:
Now we would’ve placed this in Oscars we are hoping for but it clearly is going to get nominated. I mean, I guess anything can happen and its possible the cinematography doesn’t get nominated. But if thats the case then they should retire the category and never give anyone another cinematography oscar, ever. Okay that may be a little extreme but Roger Deakins work in this film is absolutely exquisite. Bringing a level of humanity to an artificial landscape, Deakins creates something that is not only groundbreaking but a visual masterpiece.

From the water reflecting off of Niander Wallace’s office, to the entirety of the desert scape sequence, and the rain drenched climax of the film. Roger Deakins has shot some of the most beautiful films in existence but there is something about Blade Runner 2049 that stands out above the rest. Maybe its the fact that he was allowed to explore some uncharted territories. Who knows.

There are a few scenes that feel reminiscent of the first film but more often than not, Gassner creates something much more fresh. There is a different breath of life brought into 2049 that is actually quite refreshing. Instead of doing a simply copy and paste of the original film they create something more rundown, more dystopian and much more elegant.

Best Costume Design:
If there is one thing that Blade Runner excels at, it is the ability to immerse you into the universe. One of the many ways it executes on this is through the costume design. The costume design is done by Renée April and her work is mind blowing as well. Not only does each character have an incredibly specific look but the clothes are just magnificent to look at. As if there isn’t enough to admire visually in this film the costume design comes in and rocks your socks right off.

From the incredibly badass jackets that everyone gets to wear to the futuristic take on what figures of authority would wear. Every small detail of the film really echoes through the costume design. Whether it be a showing of power or using the costumes as a means to discuss a specific characteristic. April’s work is absolutely stunning and well deserving of the nomination it will likely receive.

Best Original Score:
Now while it may be a tad upsetting that Johan Johansson was not able to collaborate with Villeneuve for this film, what isn’t upsetting is the composer who stepped in to save the day. Hans Zimmer. Zimmer does collaborate with Benjamin Wallfisch and the two are quite the dynamic duo. Now while the score for 2049 is quite clearly a Zimmer staple in certain parts, there are a few moments where Zimmer experiments quite a bit. Swimming in waters he usually strays from, Zimmer goes for something more melodic in some moments than just simply being epic. Of course that thundering bass is still in plenty of scenes.

Best Visual Effects:
I mean c’mon this nomination speaks for itself. All of the effects in this film are flawless in execution from the holograms to the fight scenes and every subtle moment in between. One thing that stands out especially is how clear Ana de Armas character is in her scenes. By clear I mean our ability to quite literally see through her. She is always there in presence and she has quite a glowing aura about her character when she’s on screen and the visual effects really assist in this. We are able to fully understand that she is just a form of artificial intelligence.

Not only are the holograms executed exquisitely but it is seamless in how they interact with the environment. Ana de Armas is always flowing through her environments yet she isn’t really there. When she interacts with Ryan Gosling it looks incredibly real but every now and again we catch those couple glimpses of CGI. If for nothing else the film deserves a nomination for the hologram effect of Joi alone.

What do you think of Blade Runner 2049? What Oscars do you want it to get nominated for and what do you believe it will be nominated for? Let us know!